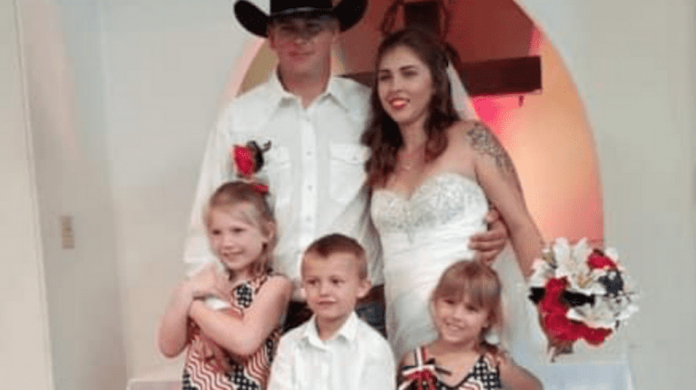 A family is hailing their toddler “a mini hero” after he is saved them from a fire that had broken out in their home. Had it not been for her son, the family of seven wouldn’t have been alive today. Both parents had reportedly lost their sense of smell after contracting COVID-19 and they couldn’t smell the smoke from the fire that had started in their family home.

The incident happened around 4:30 a.m. on January 15 when 2-year-old Brandon Dahl woke up his parents and alerted them using only a few words. “He tapped me on my feet in bed and was coughing and saying, ‘Mama, hot. Mama, hot,'” mom Kayla Dah said. “I turned around. I looked and all I saw was flames in the doorway.”

Had it not been for her son, the family of seven wouldn’t have been alive today. Kayla and her husband Nathan had lost their sense of smell after contracting COVID-19 and they couldn’t smell the smoke from the fire that had started in their Alvord, Texas home. Thanks, to Brandon, all seven of his family members escaped unscathed right before their home was engulfed in flames.

According to reports, the fire alarm in their homes was less than a year old but it only went off after all of them were outside. “He saved our entire family. I mean, he’s our little mini hero,” shared the proud mother.

Meanwhile, Brandon’s father, who is a volunteer firefighter, shared, “We had seconds. It’s nothing short of a miracle.” The parents revealed that they had practiced fire drills with their kids in the past but due to their lack of smell and taste, it made the situation even more precarious.

The family has now lost everything, even their vehicle in the fire which is believed to have been started by a gas heater in the room where Brandon was sleeping that night. They are now trying to recover from the shocking incident that has changed their lives. “It’s going to be a long, hard road to get to be where we need to be and to replace those material items,” Kayla said.

“But at the same time, if it wasn’t for my son’s guardian angel that morning, I don’t know where we would be,” she added. A GoFundMe Page has been created for the family to help cover their immediate expenses, which states:

“Everyone got out safe but they lost everything they owned. This is so tragic and traumatizing for this family and I would like for us to come together to help them out. All money that is raised will be given to the family for necessities.”