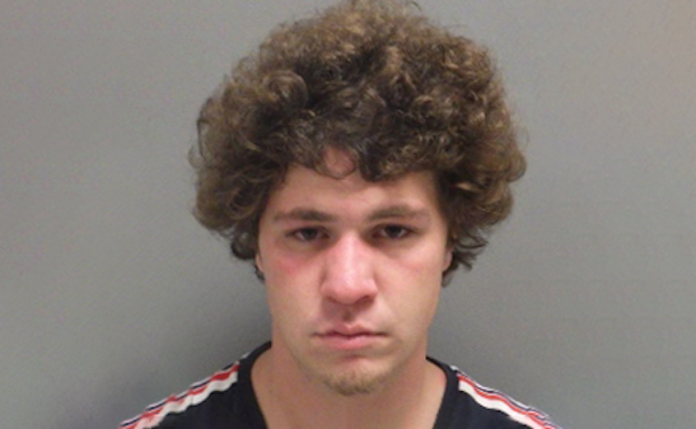 West Monroe, LA – According to the Ouachita Parish Sheriff’s Office, his name is Walker Lane Gibson and he was arrested on Wednesday.

The 21-year-old man is now charged with simple criminal damage to property and theft of a firearm.

The responding deputies made contact with the victim who told them that the 21-year-old man (their daughter’s ex-boyfriend) damaged their vehicle while they were out of town and had video footage of the incident.

The victim said that Gibson also took their handgun.

The responding deputies reviewed a security footage and observed Gibson walking on the car with a handgun.

Deputies made contact with the 21-year-old suspect and he reportedly told them that he was extremely intoxicated and walked across the victim’s vehicle.

He also admitted to taking the handgun.