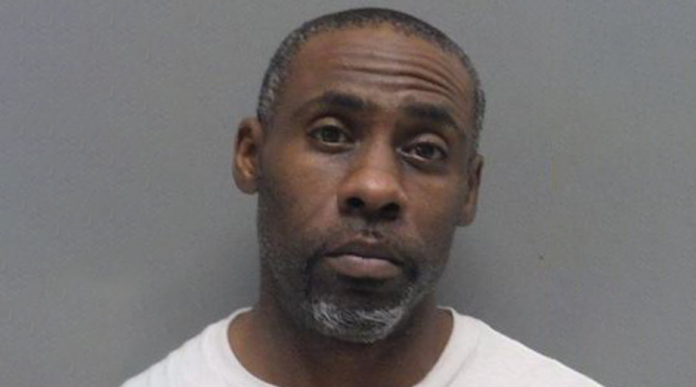 Ouachita Parish, LA – According to the Ouachita Parish Sheriff’s Office, his name is Wilbert England and he was arrested on Tuesday.

Deputies responded to a report of a burglary suspect in the 4200 block of Elm Street.

The 40-year-old suspect was walking away from a building towards a deputy’s unmarked patrol unit.

The responding deputies attempted to speak with the suspect, but he refused to show his right hand.

The 40-year-old man was then placed on the ground while trying to reach under his jacket.

England was charged with Resisting an Officer, Possession of a Firearm by a Person Convicted of Certain Felonies, and Illegal Possession of Stolen Firearms.