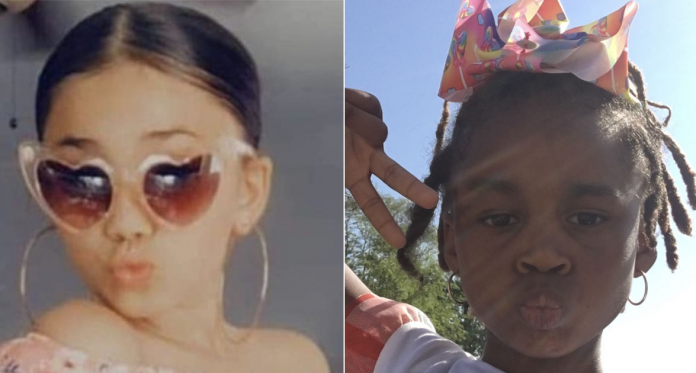 Parents are encouraged to monitor younger children’s internet and social media use because many young children have become influenced by social media videos challenging them to perform harmful acts. The SMVLC, which is a legal resource for parents of children harmed by social media addiction and abuse, announced that it has filed two wrongful death lawsuits in the deaths of two young girls who both died of self-strangulation while participating in TikTok’s challenge, which encourages users to choke themselves with belts, purse strings or other similar items until passing out.

The families of a 9-year-old girl from Wisconsin and 8-year-old girl from Texas have reportedly filed wrongful death lawsuits against the popular social media platform, TikTok, claiming their daughters died after participating in TikTok challenges.

According to FOX10, Arriani Arroyo, from Wisconsin, received her first cellphone from her parents when she was 7 years old. The little girl downloaded the famous app and started to post videos of herself dancing and singing, as many users do on the social media platform. According to the Social Media Victims Law Center which is representing the Arroyo family, the 9-year-old girl became obsessed with participating in TikTok challenges.

On February 26, 2021, Arriani’s 5-year-old little brother found her unconscious. She was hanging from a dog’s leash she had seemed to affix to the door of her room.

The little boy went to notify their father who was in the basement at the time. The father immediately called emergency services and Arriani was rushed to a hospital. She was then put on life support.

“She had been in this condition for at least a half-hour in front of her 5-year-old brother. Testing revealed that Arriani had permanent, irreversible brain damage and complete loss of brain function, and her family made the difficult decision to withdraw life support,” the Social Media Victims Law Center said.

In a similar case, 8-year-old Lalani Walton, from Texas, received a cell phone from her parents. She also posted videos of herself dancing and singing on TikTok.

On July 15, 2021, Lalani arrived back home from a road trip with her stepmother, Rashika Watson. Rashika told Lalani to clean her room while she napped for a while, and after they were done they could go swimming.

Rashika woke up from her nap an hour later and went to check on Lalani only to find her hanging from her bed with a rope around her neck. She was still warm when Rashika touched her. Officials that arrived on the scene, pronounced her dead due to asphyxiation.

According to the Social Media Victims Law Center, both girls participated in a TikTok challenge titled, the “Blackout Challenge.” This trend encourages users to choke themselves using objects like belts, purse strings, or other similar things until they pass out.

The lawsuit the families have filed says, that TikTok is an addictive product that is not safe for users.

Matthew Bergman, the founding attorney for the Social Media Victims Law Center, reportedly said: “TikTok needs to be held accountable for pushing deadly content to these two young girls. TikTok has invested billions of dollars to intentionally design products that push dangerous content that it knows are dangerous and can result in the deaths of its users.”