News WeekOcean Club Party
Home News Homeless man pushed an Asian woman to her death in front of an... 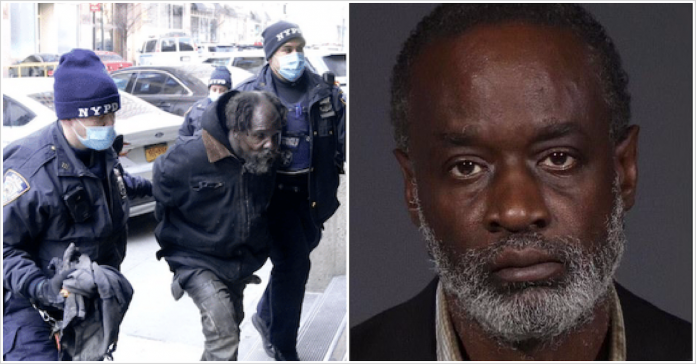 The 61-year-old homeless man reportedly pushed an Asian woman to her death in front of an oncoming subway train. The suspect’s sister said he has a history of mental illness. “He’s been on medication for over 20 years and in and out of mental hospitals in New York.” the woman reportedly said. The homeless man was reportedly caught on video entering the station 9 minutes before the alleged attack.

This unfortunate incident occurred right before 10 a.m. Saturday in NYC’s Times Square. Investigators described the incident as an unprovoked attack. The homeless man was reportedly caught on video entering the Times Square station 9 minutes before the alleged attack.

According to reports, the 40-year-old victim, Michelle Alyssa Go, was reportedly waiting on the southbound platform when she was shoved onto the train tracks and hit.

“This incident was unprovoked and the victim does not appear to have any interaction with the suspect. She feels that he was about to psychically push her one the train. As she’s walking away she witnesses the crime where he pushes our other victim in front of the train.”

The 61-year-old homeless man had first approached another woman who became alarmed and moved away.

He was later identified as Martial Simon, with no known address. The 61-year-old homeless man has a gray beard and was wearing black hooded jacket. He is now charged with second-degree murder.

“Yeah because I’m God. Yes I did. I’m God, I can do it.” Simon reportedly said when asked if he killed the victim, according to reports.

According to reports, the 61-year-old man has a criminal record with at least three arrests. Simon reportedly served two years in state prison for attempted robbery and was released in August 2021.

The suspect’s sister, Josette, said her brother has a history of mental illness. She also said Simon once managed a NYC parking lot in making good money.

“He’s been on medication for over 20 years and in and out of mental hospitals in New York.” Josette reportedly said.

Curtis Sliwa, Guardian Angels founder, said he’s seen the suspect ‘many times in the subway system. Sliwa reportedly said:“He will have a conversation and then all of a sudden he will have a psychotic disorder. Again, an Asian gets pushed in front of a train. How many times does this have to happen? Asians are being attacked every which way.”

Authorities believe the attack might have been random and there was no indication that the victim had necessarily been targeted because of her race or ethnicity. This incident remains under investigation. This is a developing story and it will be updated as new information become available.