News WeekOcean Club Party
Home News Little boy, who was left in pain and struggled to walk after... 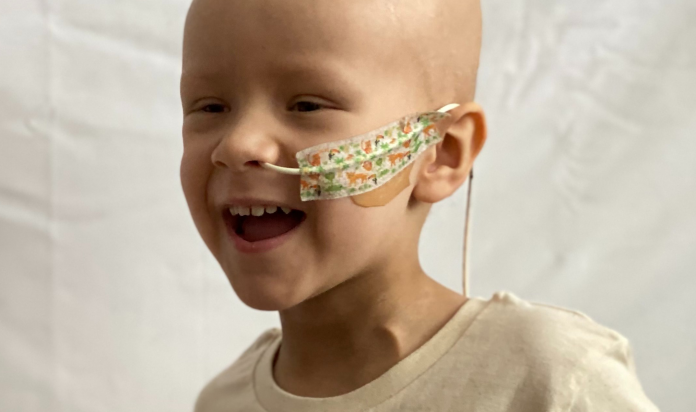 The 3-year-old boy, who was left in pain after a tick bite, turned out to have a high-risk neuroblastoma. His parents said that the boy complained of pain in his legs, and was struggling with walking, high temperatures and night sweats. The boy’s family said that at the point of diagnosis, their 3-year-old son was given just a 50% chance of long-term survival. While there was no connection between the tick bite and the disease itself, the boy’s mother said that the timing was a very lucky coincidence.

His 33-year-old mother, Lucy Mellon-Jameson, said that her little son, Jude, has undergone a range of cancer treatments after being diagnosed with neuroblastoma in July 2021.

Scans revealed a tumor and the boy was eventually diagnosed with high-risk neuroblastoma that had already spread to other parts of the body, the mom told Newsweek.

Unfortunately, at the point of diagnosis, the little boy was given just a 50% chance of long-term survival.

According to the health officials, neuroblastoma is a disease that affects children, where cancer cells form in immature nerve cells called neuroblasts located in the adrenal glands, neck, chest or spinal cord.

While neuroblastoma is the most common cancer in infants, there are only about 700 to 800 new cases reported every year in the United States.

At the time of his diagnosis, doctors gave the boy a 50% chance of long-term survival. The good news is that he is currently responding well to his treatment. But, his family live in fear of a relapse, which would see his chances of survival plummet down to 5%.

Now, his parents are hoping to raise the funds needed for pioneering treatment in America.

The boy’s mother, Lucy Mellon-Jameson, said: “Long-term survival when you are three should not be looking at when you are eight years old.”

Per reports, the family first started noticing the little boy was becoming unwell after he suffered a tick bite last summer. Jude would reportedly wake up in the middle of the night screaming in pain, his parents said.

After several trips to the ER, numerous tests were undertaken to find out the cause of the range of symptoms Jude was experiencing.

The doctors told the parents that a tumour had been found on his scan.

While there was no connection between the tick bite and the cancer itself, the boy’s mother said that the timing was a very lucky coincidence.

The 3-year-old boy reportedly spent 90 days in hospital undergoing chemotherapy and numerous procedures, including a surgery to remove his primary tumor and 10 blood transfusions.

In order to give him the best chance of survival, the boy’s parents are trying to raise around $460,000 for a treatment available in the US. At the time of writing, the family has raised more than $80,000.

Ladies and gentlemen, you can donate to Jude’s fundraiser for treatment here.

The fundraising page states: “The evening before Jude’s third birthday his parents were told that a tumor had been found on his MRI scan. Jude was officially diagnosed a few days later with high-risk neuroblastoma, with his cancer having already spread to other parts of his body.

Since his diagnosis, Jude has endured 90 days and 58 nights in hospital, including two in High Dependency, he’s had 21 days of having chemotherapy drugs infused, including COJEC treatment and high dose chemotherapy.

Jude’s family are raising funds for further treatment, either to get Jude into remission or to try and keep the cancer away if treatment does go to plan. This could cost hundreds of thousands of dollars.”