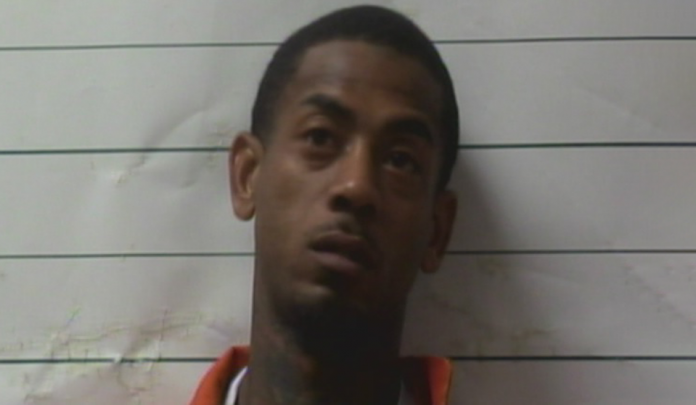 New Orleans, LA – According to the NOPD officials, the 33-year-old suspect was arrested and taken into custody on Sunday.

His name is Frederick Boudreaux and he is now charged with multiple charges, including: aggravated second-degree battery, felon in possession of a firearm, illegal carrying of a weapon and possession of the aforementioned narcotics with intent to distribute.

During the stop, a search resulted in the location of a firearm and amounts of narcotics including MDMA and marijuana, police officials said.

Frederick was later identified as the perpetrator of a shooting incident in the 500 block of Royal Street on May 22 which left one person injured by gunfire.

The 33-year-old suspect was booked into the Orleans Parish Justice Center.