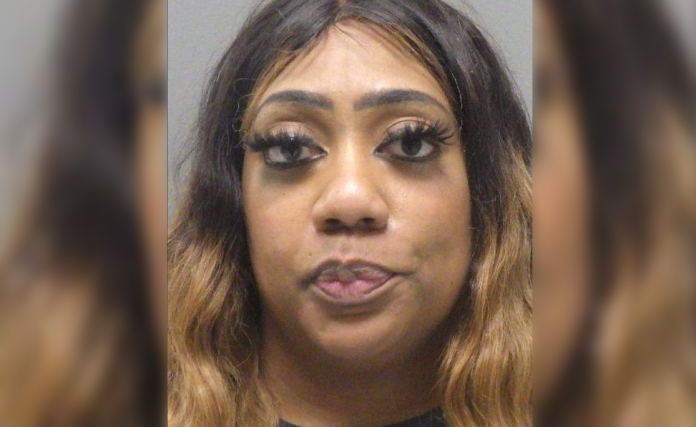 Monroe, LA – According to the Monroe Police Department, her name is Keneka Dann Bennett and she was arrested on Sunday.

The 35-year-old woman is now charged with home invasion and simple criminal damage to property.

Bystanders intervened and one of the bystanders was reportedly cut by the box cutter.

During an interview with investigators, Bennett reportedly admitted to going into the residence with a box cutter in her hand.