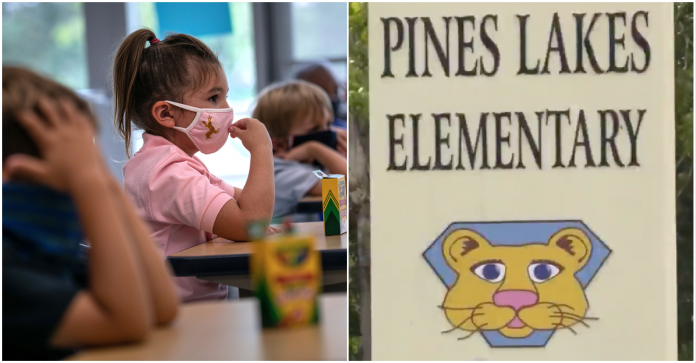 The 5-year-old student with special needs reportedly attacked his teacher at an elementary school which left her ending up in a hospital. The school officials said the student with special needs continued to attack the teacher, even after she was on the floor and unresponsive. The unidentified educator was found by first responders sitting on the ground against the wall and appearing to be in a faint state.

The incident took place on Wednesday at Pines Lakes Elementary School in Florida. Officials described the incident as an aggravated assault with hands, fist or feet, according to NBC 6.

The report noted that the incident occurred when two students, aged 4 and 5, started throwing things around the pre-K classroom. The children even threw things at teachers and started flipping over chairs.

The educator took one of the students into a smaller cool down room and that’s where the student attacked her, according to the report. The teacher called for help on the school radio.

Officials found her in a faint state and she began coughing and dry heaving. The victim was ‘clearly weak and dazed,’ able to blink and breathe regularly but at no point was able to vocally respond or show signs of a response, the report said. She was taken out of the facility on a stretcher and to hospital, Local 10 News reports.

The Teachers Union President Anna Fusco is representing the unidentified teacher, who has 13 years of experience teaching special needs students, and described her as wonderful.

The child who attacked the teacher had special needs, according to Fusco who said that the young child continued to attack her even after she was on the floor and unresponsive, per the official police report.

“She was caught where he ran and jumped on her and attacked her with his body weight, which caused the severe injury and she will need surgery,” Fusco said. It seems this is the third time the child attacked the teacher. Previously, the student pinned the teacher under a bookcase, and she lost consciousness and was treated for a concussion, Fusco said.

Amanda Conwell, a public information officer for the police department reportedly said that the teacher involved in the incident has since returned home and is not under hospital care.

Due to the child being below the age of reason, no arrests have been made at this time and no charges were filed with the State Attorney’s Office, Conwell said.

“The child and their family were referred to Child Protective Services for additional resources. Our investigation is still active, however, so this information may change,” she said.