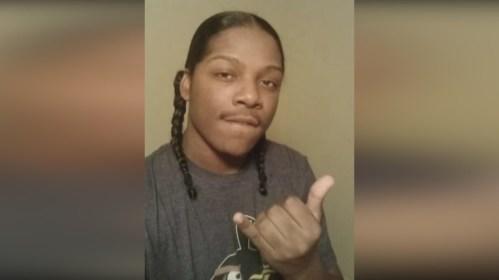 The Caddo Parish Coroner’s Office has released the name of a man whose body was found inside of an apartment in north Shreveport Thursday morning.

According to the coroner’s office, 29-year-old Derrick Patterson was found dead by a family member inside of his home at the Bayou Oaks Apartments in the 2100 block of Grimmett Drive at 8:20 a.m.

Shreveport police say when patrol officers arrived, they found Patterson unresponsive on the floor, and he was suffering from a gunshot injury to the head. He was pronounced deceased at the scene.

Police believe Patterson had been dead for several hours and that his death may have resulted from an shpoting that happened overnight.

Positive scientific identification through fingerprint comparison is pending through the Shreveport Police Department, which continues to investigate Patterson’s death.

An autopsy has been ordered through Ochsner LSU Health hospital.