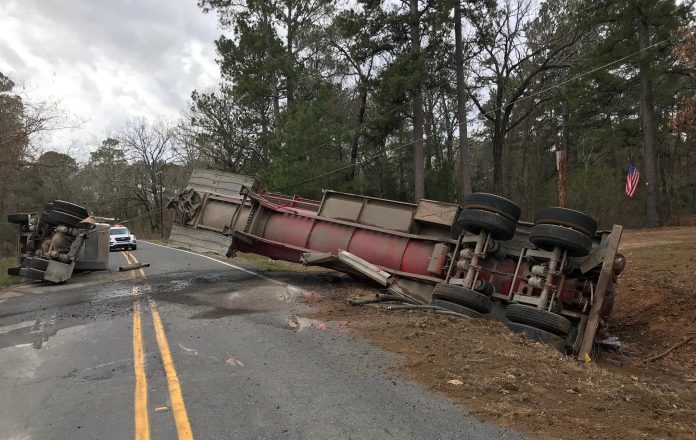 It happened on State Highway 169.

The responding deputies discovered that an 18-wheeler was traveling southbound when its right rear tractor tires went off the roadway.

The vehicle then slid into the ditch and rolled over.

No injuries were reported, officials said.

The 3-mile section of the highway was expected to remain closed until the big rig is hauled out of the way, officials said.