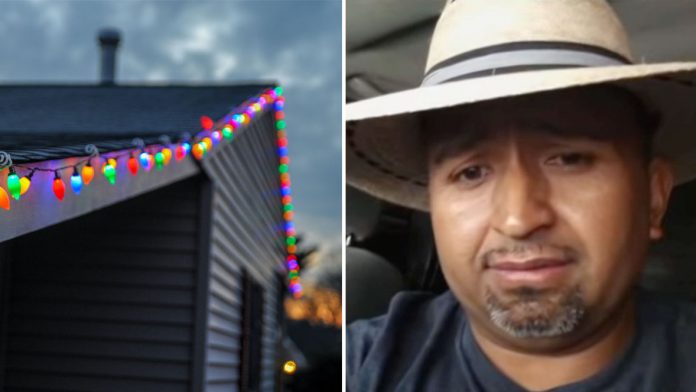 What should have been a happy memory for a father of three and his young daughter turned into a nightmare when he was attacked while hanging Christmas lights outside his home over the weekend. Police and family members say the 49-year-old dad was “brutally beaten” Saturday and died at the hospital due to his injuries.

The terrible scene unfolded Saturday evening around 6:30 p.m. The 49-year-old man from Illinois, Jose Téllez, and his daughter were outside their home hanging lights when he was attacked.

According to reports, the 49-year-old man was attacked by two males who were armed with blunt objects.

A neighbor happened to be outside at the time of the attack and heard Téllez’s daughter scream.

Although he wasn’t moving, he was breathing on his own when he was loaded into the ambulance.

He died at the hospital, four hours after the brutal attack.

Police have yet to release a description of the suspects, nor do they have a motive.

An investigation is ongoing while Téllez’s family mourns the loss of a father, brother, and son so close to the holidays.

“It’s a shame. This is supposed to be the best season, the Christmas season,” Nodal said. “It’s a family thing. These things shouldn’t be happening. It’s a big shock for all of us.”