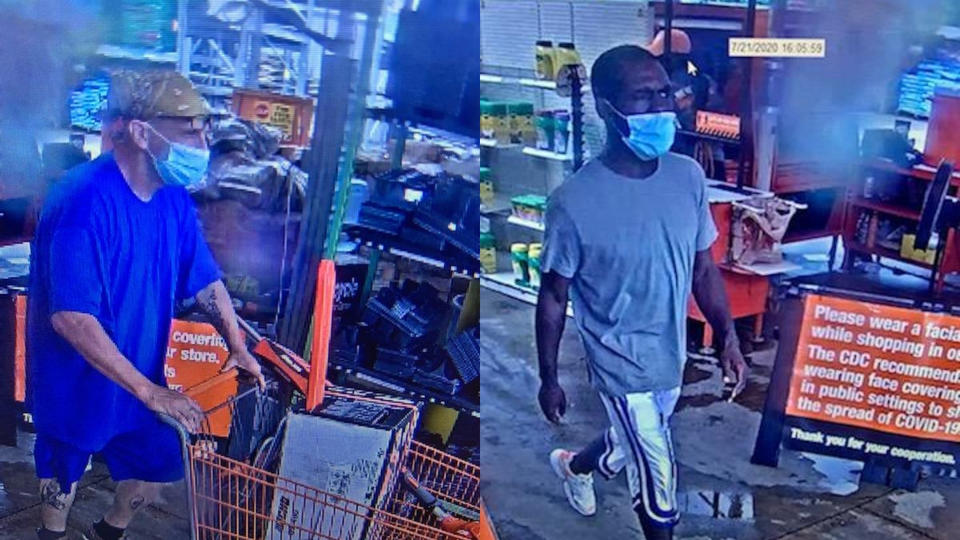 The Shreveport Police Department is asking the public for help to identify two theft suspects.

According to SPD, officers responded to the Home Depot in the 100 block of East Bert Kouns on reports of theft.

When officers arrived they found out that a black male and a white male entered the business and did their shopping but walked out without paying for their things.

Home Depot surveillance was able to capture the two suspects and have released screenshots from the video to help identify the individuals.

Crime Stoppers is offering a reward for information leading to the identities and arrests of the suspects responsible for this crime. Contact them at 318-673-7373 or via app at P3tips.