News WeekOcean Club Party
Home News “I feel like the people who don’t understand are choosing to do... 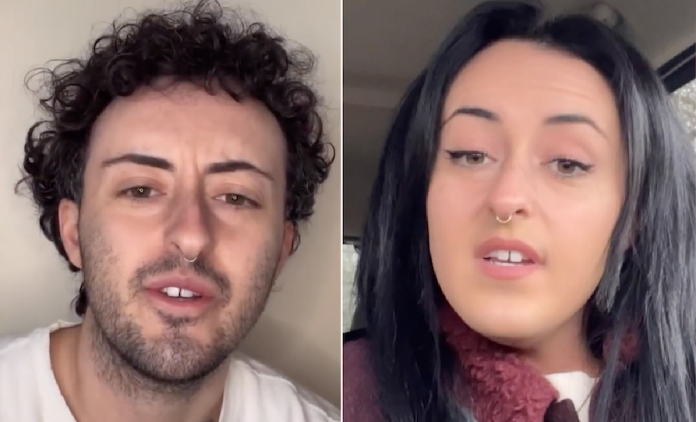 The 27-year-old said that she came out as transgender at the age of 19 and began the physical process of transitioning to a male, beginning with testosterone. She spent 6 years completing the transitioning process. But now, she is de-transitioning back to female because he realized that her new identity did not represent who she was. She realized she wasn’t happy living as a male. The 27-year-old transgender also said that she does not regret her decision to have surgery or taking hormones.

The 27-year-old from Michigan, Alia Ismail, told Daily Mail that she came out as transgender at the age of 19 and began the physical process of transitioning to a male, beginning with testosterone.

Alia now says that she is de-transitioning back to female.

The 27-year-old transgender claims she is sharing her story in the hopes of assisting those who are confused about transitioning or suffering from gender identification.

Alia reportedly told Daily Mail that she started to use male pronouns and dress more masculine at 18, undergoing a medical transition at the age of 20, and taking hormones to increase testosterone.

In 2015, Alia changed her name to Issa and underwent a double mastectomy in 2016.

When she was 19 years old, Alia reportedly began to struggle with her gender identification and she chose to come out to her family as transgender before beginning the process of transitioning to a man.

But, the 27-year-old transgender reportedly realized that she wanted to de-transition. So, she stopped taking male hormones in February 2021 and is going by the name Alia again.

During an interview with Daily Mail, Alia reportedly said:

“When I first came out as gay it was quite easy with my family. As far as transitioning, my grandparents were very accepting but lacked understanding, and my mother came to understand my feelings better as my transition continued.

That was a key time in my life of self discovery into the person I am today. My family were neutral in their feelings. They knew that I was strong enough to put myself through this unknown journey again and were proud of me for being true to myself.

I have stopped taking hormones and I have received laser hair removal. I don’t have a plan to do anything else, but I do understand that things could change in the future.”

The 27-year-old transgender reportedly started her physical transition with testosterone therapy, commonly known as T-therapy. During the therapy, Alia reportedly noticed a significant change in her looks, including a deeper voice, facial hair development, and muscular growth, as well as fat shifting away from her hips and breasts.

She took testosterone for six years, but after three or four years, she told Daily Mail that she began to experience depression. Alia reportedly realized she wasn’t happy living as a male.

In 2021, she made the decision to de-transition back to her female identity and cease taking testosterone.

She also said that she does not regret her decision to have surgery or taking hormones. Since she stopped taking her hormones, her testosterone levels dropped.

But, her estrogen levels have stayed the same. The 27-year-old transgender says that her body needs time to adjust.

The decision will be made in time if she needs to take anything to boost her estrogen, Alia said.

During an interview with Daily Mail, Alia reportedly said:

“I feel like the people who don’t understand are choosing to do so out of ignorance and a lack of empathy. Decisions are hard, no matter what they are and I hope that we can all stay open-minded to understanding why, instead of projecting our insecurities and judgement.

There will always be moments when people misunderstand me, but I can’t allow that to defeat me.  I have helped so many people who were questioning their $exuality and gender by sharing my experiences. I’ve had many people message me looking for guidance and I enjoy instilling a feeling of trust in others.”

Alia often shares updates on her social media account. “As months passed and I started to feel comfortable in my femininity I started making jokes about it. Like how I had more facial hair by 5 o’clock than most of these boys in class have grown in their life.

I have been getting laser hair removal for 1 year and I don’t even have to shave really. Makeup is easy to put on and some times I don’t even wear it now. I’ve come a long way and put myself in uncomfortable situations out there in the world with my queerness.

This past year has shown me that I am beautiful in all ways and have always been. And more than physical.” she reportedly wrote on her Instagram account.