News WeekOcean Club Party
Home News “I felt like it was racially motivated”, Teacher forced to quit his job... 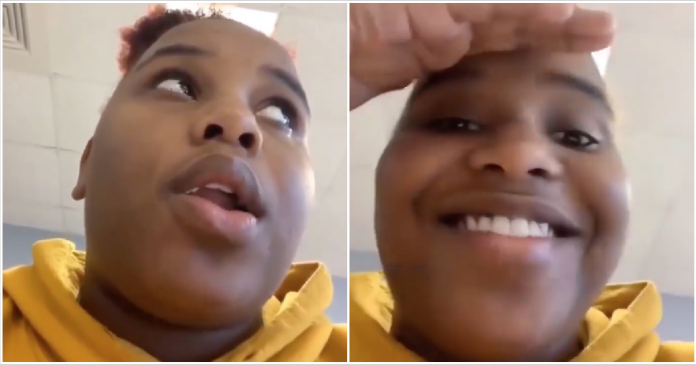 The unidentified teacher was forced to quit his job after he was heard criticizing students in a classroom outburst that was recorded by one of the students and shared on social media. The sophomore student who recorded part of the incident on her phone said the verbal outburst happened after the educator told students to put their phones and computers away. One of the students didn’t comply and made a joke, which reportedly prompted the outburst.

According to WCTI-TV, the school district confirmed the unidentified teacher had submitted his resignation on Friday.

The sophomore student who recorded part of the incident on her phone, Cimayiah Josey, said this incident occurred after the unidentified teacher told students to put their phones and computers away.

One of the students didn’t comply and made a joke, which reportedly prompted the outburst.

The unidentified teacher can be heard saying in the video: “Wanna try my authority? Because I am done playing with you idiots. I’m here because I want to be here. I somewhat enjoy this job. You need something from me. I need nothing from you.

You can go through life and live on the system, draw your paycheck on the 1st and 15th from my taxes and live an absolute horrible life. I don’t care. You can be another statistic. I don’t care.

That’s on you and if you think it’s funny, I can take you down to the county office and we’ll pull the numbers and if you don’t like my language, I don’t give a s**t.”

The student who recorded part of the incident on her phone said that she felt like the outburst was racially motivated. It was disrespectful, she said.

Cimayiah Josey reportedly said: “I felt like what he was saying was wrong. I felt like it was racially motivated. It was disrespectful. Your job is to encourage me and to push me to be the best I can be, even though it wasn’t said directly to me, dang, that’s how you really think about us.”

Her mother, Nicky, said the unidentified teacher crossed the line with his language and with his aggression.

“I don’t talk to my children like that, so I didn’t really expect an educator to talk to my child like that. To listen to the video for the first time, I had tears in my eyes.” the mother said.

Josey told WCTI-TV that she started recording because she didn’t think anyone would believe her if she told them what the teacher had said.

The school district released the following statement: “In our County School system, we expect only the highest standards of behavior from our students and staff, and that we treat every member of our school family with dignity and respect.

The type of behavior exhibited in this situation will not be tolerated and is certainly not representative of the employees of Southwest High School, or any other employees who work in our district.”