News WeekOcean Club Party
Home News “I was trying to quiet her”, 2-month-old baby girl beaten to death by... 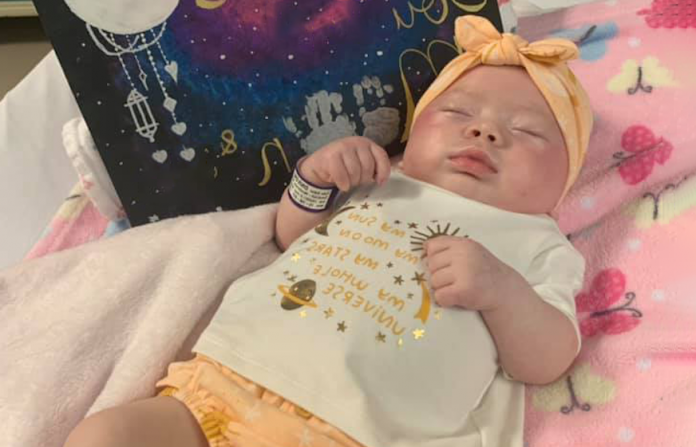 The 39-year-old father who allegedly beat his infant daughter to death and blamed her injuries on the family cat is now facing murder and manslaughter charges. Prosecutors said the 2-month-old baby girl died from her injuries earlier this month. The father admitted he hit the baby on the back forcefully for about five minutes while trying to quiet her and said he hit the baby hard enough to break her ribs.

Prosecutors said the 39-year-old father and the 2-month-old baby’s mother brought the child to a local hospital on the evening of Sept. 23. Prosecutors said the baby was hospitalized with injuries including bleeding in her brain, broken ribs and broken bones in both legs. The baby was pronounced dead at the Mayo Clinic on Nov. 3.

The EMS personnel told investigators that the infant’s injuries included bleeding in her brain, broken legs, and multiple broken ribs. The victim’s mother told authorities that the child was fine before she left home for work earlier that day.

The woman fed the child in the morning before putting her back down to sleep and leaving. She worked until 6 p.m. She also told investigators that the defendant texted her at around 5 p.m. to inform her that he had caught the family’s 19-pound cat laying on the baby. The mother also told investigators that when she returned home, the baby’s eyes looked like they were bulged out of her head.

Henderson told authorities that he had no idea how his daughter sustained her injuries before allegedly saying she was injured by the cat. But, the doctors said that the infant’s injuries were consistent with non-accidental trauma and could not have been caused by a cat.

On Oct. 1, the 39-year-old father allegedly admitted that on the day his daughter was hospitalized he had cradled the child face down in his arms and struck her back more forcefully than usual while trying to quiet her, according to repots.

He also told investigators that the alleged assault went on for five minutes and admitted he had hit the victim hard enough to break her ribs. Final autopsy results in the child’s death are still pending.

Henderson is being held on $1 million bond. This incident remains under investigation. This is a developing story and it will be updated as new information become available.