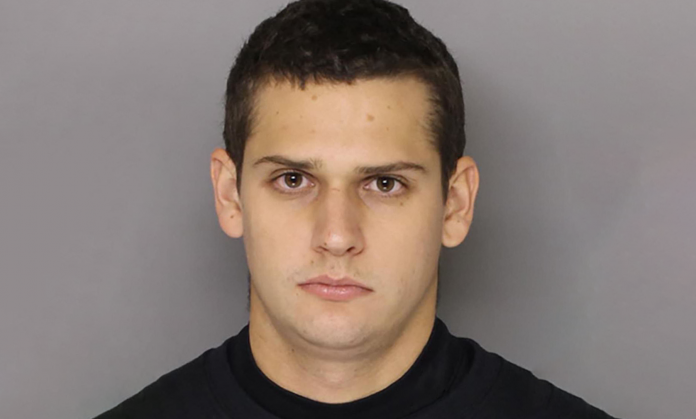 According to the court documents, the 27-year-old police officer was sentenced Friday to home detention in the 2017 rape of a 22-year-old woman, prosecutors announced Monday. Prosecutors said the cop offered to get a 22-year-old woman an Uber from a bar. Instead of helping her get home, he took her to his place and raped her. She only came forward with the allegation in 2019 after the defendant was accused of raping and assaulting other women the same year.

The 27-year-old man from Maryland, Anthony Westerman, who was suspended from the BC Police Department without pay after the charges, has been terminated since. He is currently on home detention.

Prosecutors in the case revealed that Westerman was off duty during both the rape and assault cases. A judge heard how the officer offered to get a 22-year-old woman an Uber from a bar. Instead of helping her get home, he took her to his place and raped her. She only came forward with the allegation in 2019 after Westerman was accused of raping and assaulting other women the same year.

Now, after four years since the incident, Judge Truffer found the cop guilty of rape and assault. According to reports, the 2017 rape case and Westerman’s other cases were tried at the same time. Prosecutors noted that Judge Truffer had only intended to convict Westerman of one of the counts of second-degree rape and he merged the sentences for all of the other counts into his sentence for the rape.

Westerman was sentenced to 15 years of incarceration but the judge suspended all by four years of home detention, leaving everyone appalled. “Which means this defendant, who has been convicted of second-degree rape, will be serving the sentence in the privacy of their own home and that was certainly not something we were expecting or looking for,” said State’s Attorney Shellenberger, who was left infuriated with the decision.

Once the home detention ends, Westerman will be on probation. The judge also permitted the perpetrator to remain released to private home detention as he awaits his appeal of the convictions.

For the second-degree assault against other victims, the judge sentenced the officer to one day in jail as he described it as a boorish act. Understandably, the lenient decision left the victims and Shellenberger dismayed. Shellenberger went on to explain how the judge himself delivered the convictions on two rape charges during the trial in August, but then rescinded one of those convictions on Monday.

“We do not believe that Westerman is properly punished in this case for what he did,” said Shellenberger, explaining that Truffer threw out one of the rape convictions that he handed down in August owning to no evidence of any psychological injury to the victim. It happened because a letter from the victim’s psychologist was not provided at the time, something the prosecutors didn’t think was necessary as the victim herself explained how deeply it had impacted her.

“The victim did tell everyone — she has been in counseling ever since this incident happened, so I didn’t really think there was a dispute about the fact that there was psychological damage, but candidly we didn’t have a letter from the psychologist, but we very often don’t and it really was not a dispute that she has been, in fact, in counseling,” said the prosecutor.

The defense attorney released the following statement: “Officer Westerman and his family are relieved that the judge did the right thing by not sending him to prison. We believe that the verdict was against the weight of the evidence. This was a ‘he said, she said’ case in which everyone was intoxicated. The alleged victim waited over two years to report this to the police.

The claim that she was unconscious is not true. She admitted under oath that she was not only conscious, but that she engaged in sexual acts that are highly inconsistent with a non-consensual encounter. We intend to appeal this conviction and we will not rest until Officer Westerman’s name is cleared.”