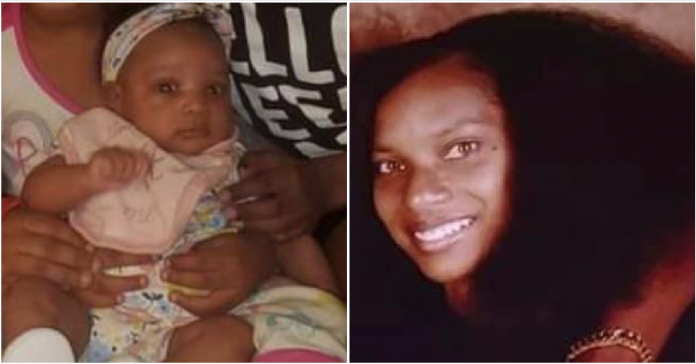 “I’ve made a deal with a spirit”, Man shot and killed 1-year-old daughter and his estranged wife ‘because that was the only way they could be together forever’

According to the police officials, the 34-year-old suspect allegedly shot and killed his 1-year-old daughter and his estranged wife in their home. He told the responding officers that he killed them because “he made a deal with a spirit.” Officers responded to a shooting call around 9:15 p.m. Monday.

Authorities say that the suspect, Louis Mouton, came to the complex to speak with his estranged wife, Lanae Mouton, about their relationship and they had a discussion outside of the residence. Then, the victim went back inside of the residence and the suspect kicked in the door and fired several shots. Inside the residence was the female and their 1-year-old child, Ava Mouton.

Police say that both victims were struck and transported to a local hospital where they were pronounced deceased. Authorities in Arizona say that after the victim went back inside of her apartment, the suspect fired a single shot at the door before kicking it opened.

The woman grabbed the child, ran into her bedroom, and hid in the closet. The suspect followed her, walked up to them and shot them multiple times.

When the officers arrived on scene, the suspect was still in the apartment. He told investigators that he tried to take his own life but he couldn’t, because his gun was out of bullets. He also told the officers “he heard and saw spirits and aliens, was frequently possessed by them, and they used his body to do stuff he couldn’t control. He then told officers he made a deal with a spirit that he and his wife could be together forever, but they both had to die. And he did not agree to his daughter being killed with the deal he made with the spirit.”