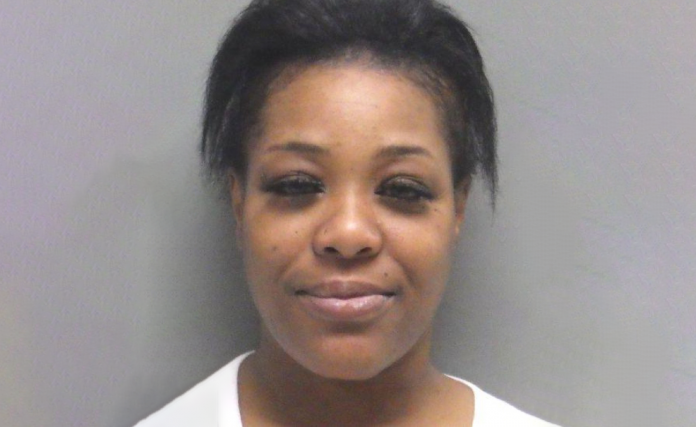 Ouachita Parish, LA – According to the Ouachita Parish Sheriff’s Office, her name is Stephanie Vallinda Drummer and she was arrested on Monday.

This incident occurred in the 1800 block of Spyker Drive.

Ouachita Parish Sheriff’s deputies responded responded to the location in reference to a call received indicating a disturbance.

The victim reportedly told deputies that the 31-year-old suspect ripped the screens off of their windows and was beating on the windows with her fists.

Her name is Stephanie Vallinda Drummer and she reportedly produced a handgun and demanded the victim to exit the residence.

Drummer then put the handgun in the trunk of a white vehicle and fled the scene.

The responding deputies observed a vehicle matching the description and made contact with the driver.

They searched the vehicle and discovered a firearm in the truck.

The responding deputies also observed two juveniles in the vehicle.

The 31-year-old woman was arrested and charged with aggravated assault with a firearm, contributing to the delinquency of a minor, and simple criminal damage to property.