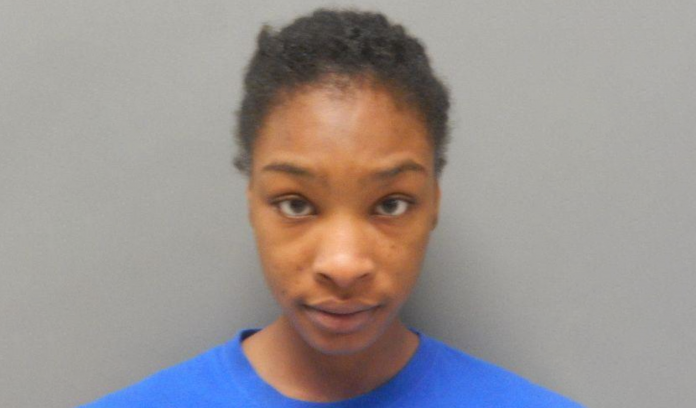 It happened in the 100 block of Parkwest Drive.

The victim told the officers that he and his 22-year-old girlfriend were in a argument due to her going through his cell phone and discovered that he was texting other women.

He told the officers that during the verbal altercation, his girlfriend, Jillian Jnique Ross, struck him in the face with her fist.

The 22-year-old suspect then called someone to come over.

Ross also cut the wires in the trunk of the vehicle and attempted to let the air out of his tires.

The victim attempted to leave when Ross and the black male began standing at the door of his car.

Once the victim began driving away, the black male fired three rounds from a handgun.

Ross admitted to watching the black male shoot at the victim’s car.

She told the officers that she did not know the male would shoot.

She was charged with Aggravated Assault with a Firearm, Domestic Abuse Battery, and Simple Criminal Damage to Property.