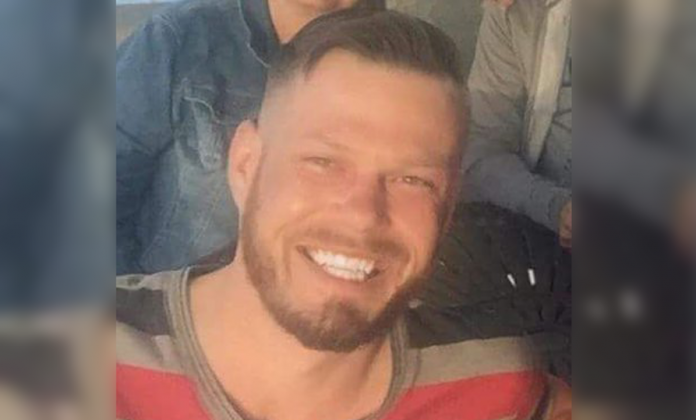 A gay man is now suing a party store after a manager called him a gay slur and berated him for trying to wear women’s clothes. The man says he started to smoke again to cope with the stress. He also said his boyfriend has threatened to leave him over the marked change in his behavior. An LGBTQ+ advocacy group filed a lawsuit on his behalf after he says he was denied service and harassed by a manager. The gay man is seeking damages for the pain and suffering he alleges that he experienced as a result of that evening.

The man from West Virginia, Trevor Anderson, claims a party store employee called him a gay slur and chased him after he tried to return a Halloween outfit.

Anderson said that he doesn’t recognize himself anymore following the October 2021 incident at his local Spirit party store.

According to the lawsuit, Anderson says he started smoking again to cope with the stress, and says boyfriend Jonathan Pereira has threatened to leave him over the marked change in his behavior.

Trevor Anderson told the Daily Beast: “It’s ruining my life It’s ruining my friendships. It’s ruining my relationships. I’m not Trevor anymore. I can’t believe that one man has completely changed my life, to where I don’t even recognize my feelings and my mind.”

The LGBTQ+ advocacy group Fairness West Virginia filed a lawsuit on Anderson’s behalf in March after he says a manager at a Spirit Halloween store berated him with homophobic slurs and threatened him.

This incident occurred when he purchased a plaid mini-skirt and a belly shirt for his Halloween costume. But, parts of his costume attire didn’t fit, so he returned to the store to request a refund or credit.

Unfortunately, the 33-year-old store manager, identified in the lawsuit as Thelmon Penn, confronted Anderson while refusing to refund him for the purchases.

According to the lawsuit, the store manager reportedly said: “Maybe you just shouldn’t be trying on women’s clothing.”

Anderson then asked the store manager for his name and number to file a formal complaint.

“I’m not giving my number to a f*****,” the store manager reportedly said.

According to the Daily Beast, the 33-year-old store manager then chased him out of the store screaming ‘get out, get out, f****** f*****’ before trying to fight him in the parking lot.

Trevor Anderson also told the Daily Beast: “The minute I left the store, he was still behind me. I could feel him breathing down my neck. I could feel him that close. I ran like the wind. I didn’t know where I was running. I just ran.”

According to the lawsuit, Anderson says he called his partner, Jonathan Pereira, who had also been present during the incident. The store manager then spotted him through the mass of spectators and began charging at him across the parking lot.

Anderson and Pereira were able to make it to their vehicle and speed off before Penn was able to catch them. He says that Penn began beating on the trunk as he screamed at the couple, threatening violence against them.

According to the Daily Beast, Pereira was so paralyzed with fear that Anderson had to start the car himself from the passenger’s seat before pushing Pereira’s foot down.

According to Anderson’s lawyer, no action has been taken against Penn by Spirit Halloween in the five months since the incident occurred.

“People in the LGBTQ community have faced harassment and discrimination. It’s well past the time for that to end. Spirit Halloween has known for five months that its manager did this to Trevor, and in five months – no apology, no acknowledgement, to my knowledge, no reprimand or discipline of its manager.”

According to the lawsuit, the store manager is still employed by the store. Anderson is seeking damages for the pain and suffering he alleges that he experienced as a result of that evening. Anderson also said that his partner has discussed leaving him and moving back to Virginia because he can’t deal with Anderson’s overwhelming trauma.

Anderson reportedly said: “I want to feel safe. I just want to hold my boyfriend’s hand and be in the moment. That’s all I’ve wanted my whole life, and I’ll never, ever get that here.”