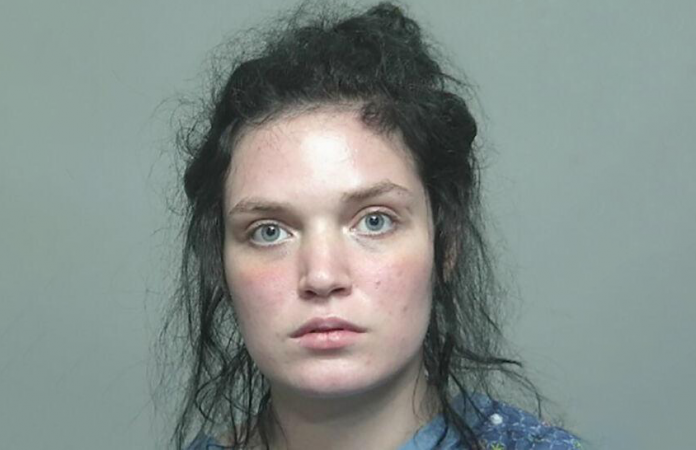 According to the police officials, the 22-year-old mom is facing murder charges after her 3-year-old daughter was found stabbed to death and stuffed inside of a garbage bag inside her home. Prosecutors charged the mother with one count of felony murder and one count of first-degree child abuse, both of which carry maximum sentences of life in prison.

Someone called 911 on Friday, Sept. 17, to report having seen a human foot sticking out of a trash bag inside the residence in Michigan. Officers were dispatched to the residence and discovered that the body of a 3-year-old girl was inside of the garbage bag. Prosecutors say the child had suffered multiple stab wounds to her torso, which police believe to be the cause of death.

When the responding officers arrived on scene, the mother, Justine Marie Johnson, was not at home. After conducting a search, police reportedly found her four and a half hours later, at approximately 8:30 a.m., walking on railroad tracks in the township. Officers reportedly took her into custody and asked her several questions concerning the body of her deceased daughter. She reportedly responded by telling police that she did not want to discuss the topic.

Johnson was arraigned Monday at the 81st District Court, where she entered a plea of not guilty to both charges against her. She is currently being held at the county jail without bond. She is scheduled to appear before a judge for a probable cause hearing in the case on Sept. 29.

Johnson is the only person charged in the death of her daughter. This is a developing story and it will be updated as new information become available.