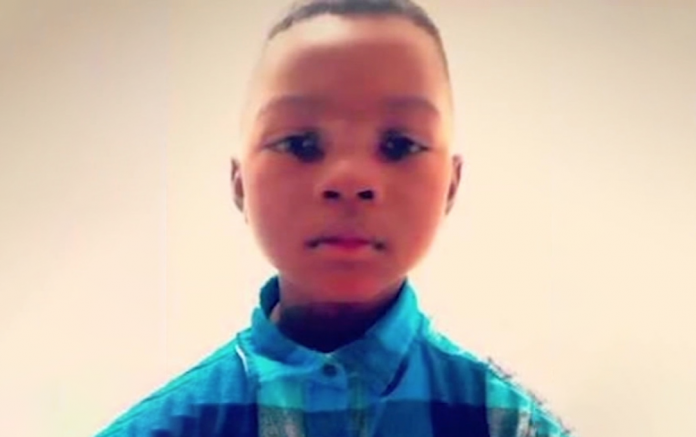 According to Medical Examiner’s Office, the drowning death of an 8-year-old boy who prosecutors say was tortured for months by his mom and her common-law husband has officially been ruled a homicide. Authorities in Texas made the announcement on Tuesday. They say the 8-year-old child who was found dead months ago inside of a motel room rented by his parents, did not die accidentally.

This unfortunate incident occurred around 11:15 p.m. on March 24. Officers responded to a report of a drowned child at the Quality Inn & Suites. The responding officers found the 8-year-old victim, Keyontae Holzendorf, unresponsive, according to ABC13.

The 24-year-old mother, Kayla Holzendorf, and her common-law husband, Dominique Lewis, said that they were both asleep when the boy drowned in the bathtub and claimed they didn’t know what happened.

But, investigators noticed that her son had clearly sustained a series of both old and new injuries indicative of physical abuse. During the investigation, authorities discovered that the victim had been the victim of chronic and extreme physical abuse at the hands of his parents. Prosecutors say the 8-year-old child was extensively tortured by both suspects, according to KPRC-TV.

“Investigators observed new and old injuries on his body the night he died and the details are graphic. They include burn patches on his chest and body, bruising to the left side of his forehead, a laceration to the left ear, small puncture wounds to different places and ligature marks on his ankles and wrists.”

The 24-year-old ‘mother told authorities that she and Lewis locked her 8-year-old son in the bathroom so they could have $ex. She allegedly claimed the boy was dead when they checked on him later.’

Preliminary results revealed that the cause of the boy’s death was a combination of blunt force trauma and asphyxiation.

Three weeks before the boy’s death, a witness had called police after they spotted the boy selling muffins in a food store parking lot with scratches and bruises on his face. But his mom told police he got the injuries from a bike accident. Police said Keyontae was not in school at the time.

Both suspects were arrested and charged with injury to a child and tampering with evidence. Charges may be upgraded or more charges may be added, prosecutors say.