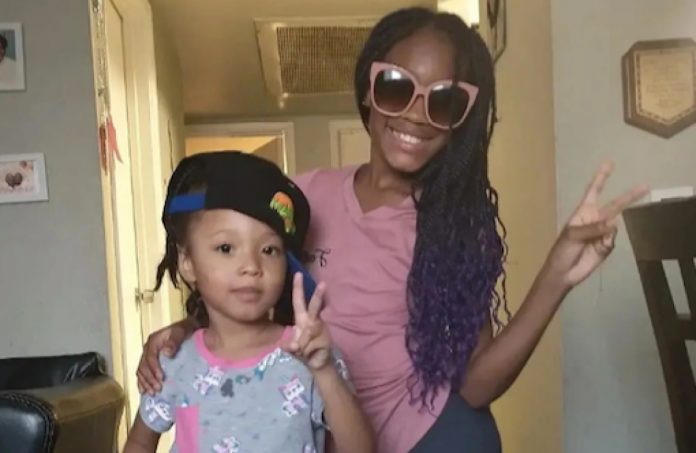 According to the police officials, the 35-year-old mother was taken into custody Tuesday on two charges of first-degree murder in connection with the deaths of her daughters. Police say the father of the children called 911 around 6:15 p.m. on Sept. 8.  The father reported finding both of the girls dead in a bedroom in their apartment. First responders said neither of the girls presented any signs of trauma.

Authorities say both victims, Royal McIntyre and Aleyah McIntyre, were found on one bed, facing each other, with their arms around each other as though they had been placed into this position. Both girls were pronounced dead at the scene.

The mother, Retta Renee Cruse, was also still in the residence in Arizona when police arrived. She allegedly barricaded herself in her bedroom and was suffering from what police described as multiple self-inflicted stab wounds..

Investigators believe the suspect used a combination of over-the-counter and prescription drugs to sedate and ultimately overdose the two girls. Officers searched the apartment and reportedly found Acetaminophen — the pain reliever and fever reducer found in Tylenol — and one bottle of oxycodone..

Investigators also found a note that contains what authorities believe was Cruse’s motive for killing the children, KNXV reported. According to the statement, the note says ‘both of the children had been severely infected by the novel coronavirus’. It claims the defendant isolated the girls and gave them medication to help them sleep.

Prosecutors say that while in hospital, the suspect made admissions to hospital staff as to her involvement in taking the life of her oldest daughter and attempting to take her own life.

After recovering from her injuries, she denied any involvement with the girls’ deaths and said she had no idea as to how her daughters may have died. She maintained that she did not write the letter recovered from the apartment. She also told police that she had been upset about the prospect of losing custody of the children following a recent court hearing concerning her parental rights.