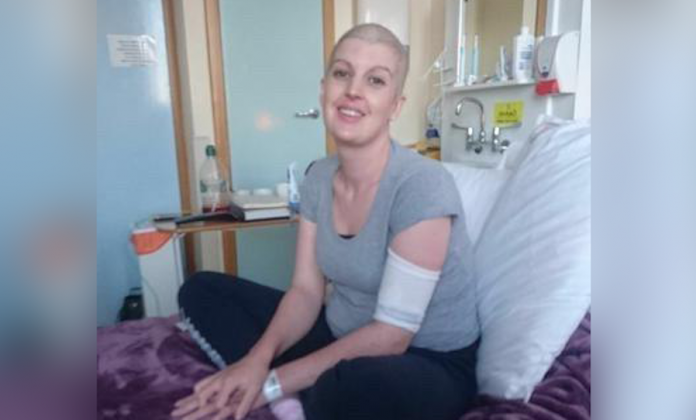 The 35-year-old mother of two claims that doctors told her that she might not have survived if she had waited longer to get a blood test. The medical team told her that had she waited any longer to come to the emergency department, she could have died. The former care-worker said that the first doctor disagreed with her self-diagnosis. The doctor reportedly gave her beta-blockers and arranged blood tests the following week. Unfortunately, her condition deteriorated and was diagnosed with a rare form of disease.

The 35-year-old mother, Clare Crossey, suddenly became very unwell with symptoms including tiredness and bruising. The woman then contacted her local health centre, where the doctor told her she was being overly anxious.

The 35-year-old mother of two told BBC that she panicked, fearing she may have leukemia after looking up her symptoms on the internet.

The woman began searching online to understand more about her symptoms and was alarmed to discover that they resembled those seen in some forms of leukemia – a group of cancers that usually begin in the bone marrow.

So, she made an appointment at the local hospital. Unfortunately, the doctors disagreed with her self-diagnosis and gave her beta-blockers and arranged blood tests the following week.

The 35-year-old mother, Clare Crossey, told BBC: “I had a feeling that things weren’t right. The doctor did not agree with my suspicions as they passed me the number of the Samaritans helpline, a prescription for beta blockers and told me to wait a week for blood tests.”

Just 2 days later, her condition deteriorated. She said that her gums began to bleed and she developed a large bruise on her thigh which was also swollen.

The woman went to the hospital and did blood tests. Few hours later, the medical personnel reportedly told the mother that she might have leukemia.

The doctors told her that had she waited any longer to come to the emergency department, she could have died, the Newsweek reports.

Clare was eventually diagnosed with acute myeloid leukaemia, which is  a type of blood cancer where the bone marrow makes a large number of abnormal blood cells.

The 35-year-old mother said that her chemotherapy treatment started immediately between February and September 2018. She reportedly had intense chemotherapy and tests showed her bone marrow was clear of cancer.

Unfortunately, in December, further tests revealed the leukemia was back. Clare underwent a stem cell transplant from her sister, Alison and stayed in quarantine for three months while receiving full body radiation and chemotherapy injections.

The mother also said that she was critically ill after the transplant and was in ICU for over a week, during which time her family were told she may not survive.

Luckily, the mother pulled through and was out of hospital by May.

The 35-year-old mother reportedly said: “I am so grateful to everyone who helped me, giving me more precious time with my girls. On the 15th of this month, I will be three years post-transplant. I call this my other birthday, so I will be three. There is one thing I would like to say to anyone going through a cancer journey right now.

You will have days when you are feeling sick, or perhaps feeling down, try to stay positive. Remember that no matter how rough a day you are having there is always someone worse. The right attitude and support will see you through all the dark days.”