News WeekOcean Club Party
Home News “One girl weighed less than 5 pounds and another less than a... 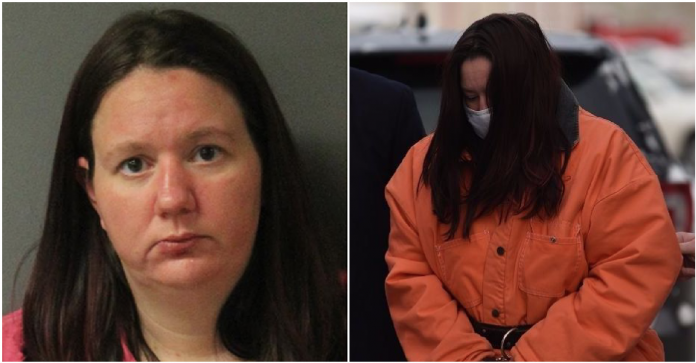 The 32-year-old mom testified on Wednesday that one child weighed less than five pounds and another less than a gallon of milk when they died. The mother reportedly admitted that she along with her girlfriend and her girlfriend’s parents starved and tortured the girls intentionally. She revealed how she would often withhold food from the girls. The girls were reportedly punished for no actual reason, according to the mother. The girls acted like normal children and acted and behaved like normal children.

“They were being starved and beaten every day,” said Snyder as she described how she didn’t give her daughters any food or water for two weeks in May 2016.

“Echo would grab their throats so they couldn’t breathe, and choke them until their eyes would roll back into their heads.”

According to reports, the girls were last seen in 2015 and authorities launched an investigation into their disappearance in September 2021 after being tipped off about Snyder’s 7-year-old son not being enrolled in school.

This information prompted agents with the County Children and Youth Services to visit Snyder’s home.

During this meeting, they noticed the absence of Snyder’s daughters, who would have turned 11 and 8, respectively by then.

When asked about it, the mother lied saying the girls were staying with a friend and that they were being home-schooled. Red flags were raised after child welfare officials were unable to locate them.

Thus, they reported the matter to law enforcement and enlisted them to carry out a search warrant at the home. On searching their home, police found Nicole and Jasmine’s bodies, who were 6 and 4 at the time of their death.

Echo’s parents, Ronald and Michele Butler were also intimated by authorities after they learned that the pair lived in the same rented home as Echo and Snyder and allegedly helped them to not only starve the kids but also conceal evidence from police, according to reports.

Both the mother and her girlfriend starved the daughters on purpose and only permitted them to have small amounts of water whereas the rest of the family, including their sibling, ate pizza and ice cream. The mother also told prosecutors that she gave the girls cold baths, because according to her girlfriend, the two did not deserve hot water.

The mother revealed how Echo dug a shallow grave on the property to bury her daughter, Nicole also used mothballs to cover up the odor that would come from decomposition. After her death, they initially treated Jasmine well but then in August 2017, they starved her to such an extent that she became visibly bony and only weighed five pounds at the time of her death.

Jasmine was buried next to her sister and Echo and Michele told Snyder to tell people that she had gone to live with their father. They even burned the girls’ belongings. The case continues as all four defendants are being held without bond and they have pleaded not guilty.