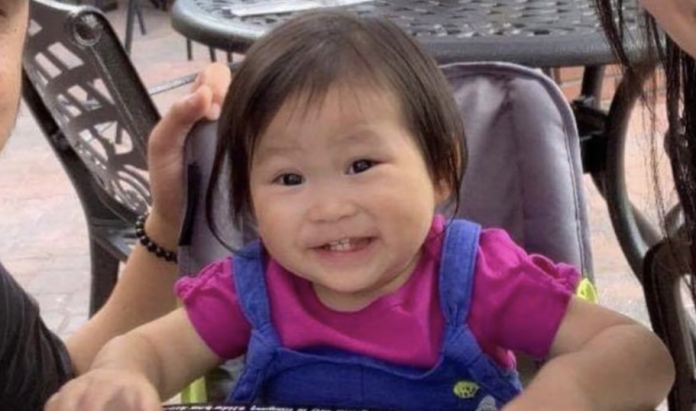 Parents said that their baby daughter died on an operating table after a hospital allegedly ignored warnings they were not equipped to handle her procedure. Doctors and hospital leaders at the hospital had assured the parents they could perform their daughter’s surgery there, giving them confidence that they would receive good care. But, the child’s parents claim that the hospital staff and doctors had not performed the specialist surgery on a child before, and that the anesthesiologist involved had only recently finished fellowships in pediatric anesthesiology.

The parents, Tom and Truc-Co Jung, have filed a lawsuit against the John Muir Health hospital in California after their daughter Ailee’s heart stopped suddenly, according to the Independent. Unfortunately, the baby died in the operating room.

According to the child’s mother, the 2-year-old girl was reportedly diagnosed with cancer and was undergoing chemotherapy treatment when she underwent liver resection surgery at John Muir Health in November 2019.

Doctors and hospital leaders at John Muir had assured the parents they could perform Ailee’s surgery there, giving them confidence that they would receive good care.

According to SFC, in the weeks before the surgery, John Muir Health leaders discounted warnings from their own staff that the hospital was not equipped to perform such a specialized operation, known as a liver resection.

In fact, one the hospital’s medical directors at the time said in an interview that she told a top hospital executive that the surgery would be a “clean kill.”

The hospital officials released a statement and said that the 2-year-old patient had been frail due to her chemotherapy treatment, and they had her with provided extraordinary care.

The CEO of John Muir Health, Cal Knight, told the Independent: “Life-saving procedures on extremely ill patients are not always successful. This fact is most tragic when the patient is so young.”

But, according to the legal documents filed with the County’s Superior Court, there were questions as to whether the hospital disclosed key details to the family prior to surgery.

The child’s parents claim that the hospital staff and doctors had not performed the specialist surgery on a child before, and that the anesthesiologist involved had only recently finished fellowships in pediatric anesthesiology.

The child’s father told the Chronicle: “Had I known that anyone at the hospital had concerns about their ability to do that surgery, there is no chance I would have done it.”

According to the health officials, liver resections on children are risky surgeries with high complication rates. The likelihood of dying in surgery or before discharge from the hospital, however, is very low, with studies showing some mortality rates under 2%.

Both parents said that Ailee’s heart stopped suddenly while she was in surgery, and no one could explain what happened.

Tom Jung also said: “We needed answers, so we immediately started studying all about her cancer and everything related to the afterlife.”

Medical officials in California have launched an investigation into whether the hospital failed to provide adequate care to a two-year-old cancer patient who died on the operating theatre.

The hospital officials said they welcomed the review by the California Medical Board, and offered its sympathies to the Jung family.

“We strongly believe the Board will come to the same conclusion as the California Department of Public Health, the Professional Practice Evaluation Committee, and the Root Cause Review: the clinical team provided expert care to an extremely ill child.”

But, according to the lawsuit, the parents claim that the hospital took on the surgery to try to boost its reputation, make money and vault the medical center. They also say the hospital leaders and Ailee’s medical team misrepresented John Muir’s capabilities and knowingly put the girl in an ultimately deadly situation.

The suit claims that the anesthesiologists were inexperienced and made errors that ultimately led them to transfuse her with too much blood and kill her.