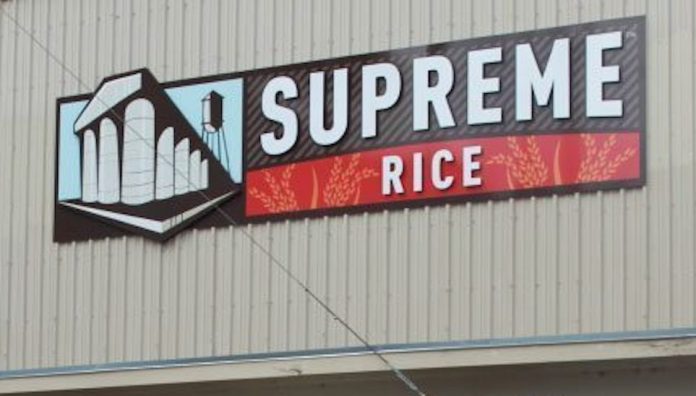 Crowley, LA – According to the state officials, this expansion will create 20 direct new jobs, and LED estimates the project will result in 79 indirect jobs, for a total of nearly 100 new jobs in Acadia Parish.

State officials have announced that the company will retain 181 jobs at its current locations.

In Mermentau, the company will build a new greenfield facility for the parboil operations, which will partially cook the rice for the new product line.

In Crowley, it will develop a new parboil mill inside its existing facility.

“As a processor of one of Louisiana’s key crops, Supreme Rice is both a cultural ambassador and an agribusiness leader for our state.

This expansion and the new jobs it will generate in Acadiana will help to sustain the growing momentum of our rural revitalization efforts.”

To secure the project in Acadia Parish, the state of Louisiana provided Supreme Rice with a competitive incentive package that includes $750,000 from the state’s Economic Development Award Program.

The company is also expected to utilize the state’s Quality Jobs and Enterprise Zone programs.