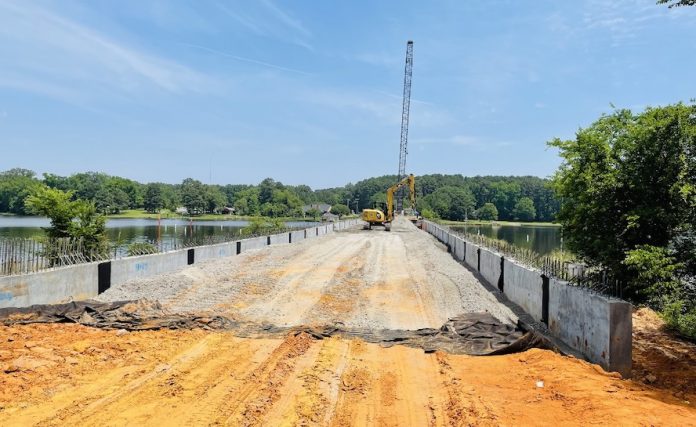 Bossier Parish, LA – According to the statement, the contractor has completed the removal of the old bridge, which had aged to the point of needing replacement in order to effectively serve the rapidly growing community.

Louisiana Department of Transportation and Development officials said that the construction of a new retaining wall included in the project has been completed.

Another major milestone, pouring of the bridge deck has also wrapped up.

The $5 million project began in April 2021 and the contractor is completing embankment work for the approach slabs that act as the transition between the roadway pavement and the bridge itself.

Officials also said that the project is on track to be open to traffic in late July 2022, prior to the beginning of the school year.