News WeekOcean Club Party
Home News “What made her think that this is OK?”, Mothers say that everyone should be... 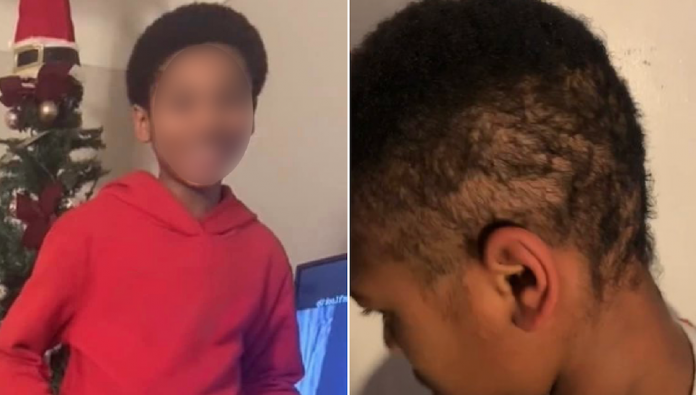 According to the boy’s mothers, a teacher at the charter school decided to cut their son’s hair while he was in distress, instead of calling them for help. Now, the mothers claim that this will not go unnoticed until everyone is held accountable. The boy’s parents were reportedly upset that the teacher didn’t find a more effective way to help their son aside from cutting his hair. The boy’s mothers also said that their son was proud of the afro he was growing. “What made her think that this is OK? if you were going to help my child why wouldn’t you do it the proper way, common sense way, the helpful way? By getting him some real help?” one of the mothers said.

According to the boy’s mother, Tadow McReynolds, this incident occurred on April 11 at PPCS in Minnesota. When McReynolds asked what had happened, they reportedly told her that her son had a breakdown in class because he was unhappy with his hair and he began cutting it. The unidentified teacher reportedly helped him by cutting his hair.

During an interview with WCCO, Tadow McReynolds, reportedly said: “He said, ‘Are you guys going to be mad?’ We were like, ‘For what?’ He pulls his hat off and goes, ‘My teacher and me cut my hair. I was just really angry … I was just mad and then my head was down and the teacher come over and said, ‘Let me fix it for you.’”

The boy’s mothers also said that their son was proud of the afro he was growing.

The boy’s mother, Daetney McReynolds, told WCCO: “It was actually growing pretty well, actually he was thinking about all kind of styles he wanted to do with it.”

The boy’s mother said that she is angry because no one called her or her wife when her son had a breakdown.

Tadow McReynolds also said: “What made her think that this is OK? if you were going to help my child why wouldn’t you do it the proper way, common sense way, the helpful way? By getting him some real help?”

According to reports, the 12-year-old boy also told his parents that he had been upset about his hair. He told them that he didn’t like his lining.

That’s when the teacher, whose identity has also been withheld, grabbed some scissors and began to cut the boy’s hair off, offering to fix it.

The boy’s mothers shared photos and videos on their social media accounts and say that their village came to their rescue.

A long-time public school educator, KMOJ Radio’s William Baker, said he knows how important a crown, or hair, is to the Black community.

Baker reportedly told WCCO: “It just demoralized him, just take his pride away. And now his hair is being put in a situation where people are dictating how he should look.”

The boy’s parents now have lots of questions for the teacher and school, where scissors were used to cut her son’s hair without their permission.

They want the teacher involved to be held accountable and also said they will share the rest of the details as soon as possible.

“If any information can be dropped which y’all been waiting for—which is names and schools and all of that—once the ‘say so’ has been given, again, that will be dropped to the public when I’m able to.” Tadow McReynolds reportedly said.