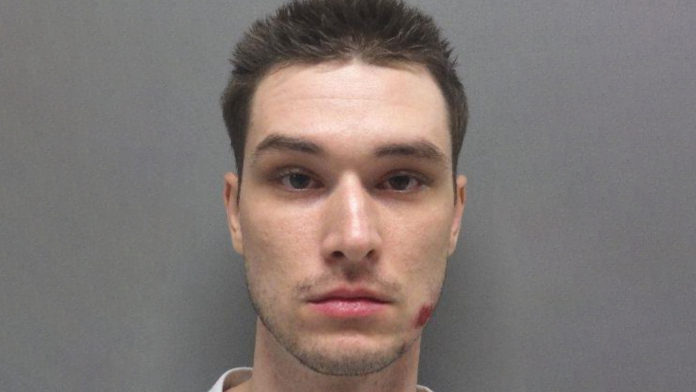 Monroe, LA – According to the Monroe Police Department, his name is Nicholas James Eppinette and he was arrested on Sunday.

The 23-year-old man had red blood shot eyes and stated that he was driving and left a bar.

Police said Eppinette became irritated and attempted to exit the back of the Monroe Police unit.

The responding officers grabbed his leg to place him back in the unit.

The 23-year-old man then lunged forward and struck an officer with his head.

Eppinette was charged with Battery on a Police Officer and Operating a Vehicle while Intoxicated.