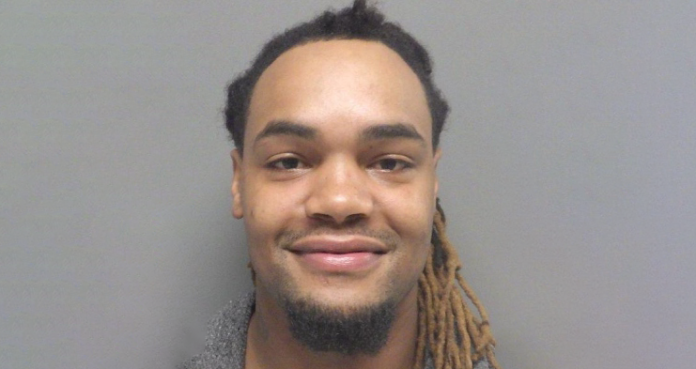 Monroe, LA – According to the Monroe Police Department, the 27-year-old suspect was arrested and taken into custody on Tuesday.

His name is Aaron Lynch and he is now charged with possession of a stolen firearm.

Right after 12 p.m. Tuesday, MPD officers responded to the 300 block of Downey to a report of a potential gunshot victim.

The responding officers made contact with the 27-year-old man and reportedly found bullet holes in the driver’s door.

The 27-year-old man was not injured, police said.

The officers then saw a handgun on the driver’s floorboard.

The handgun was reported stolen by the OPSO.

Lynch was arrested and taken into custody.