News WeekOcean Club Party
Home News Baby was left unattended on a changing table on her first day of... 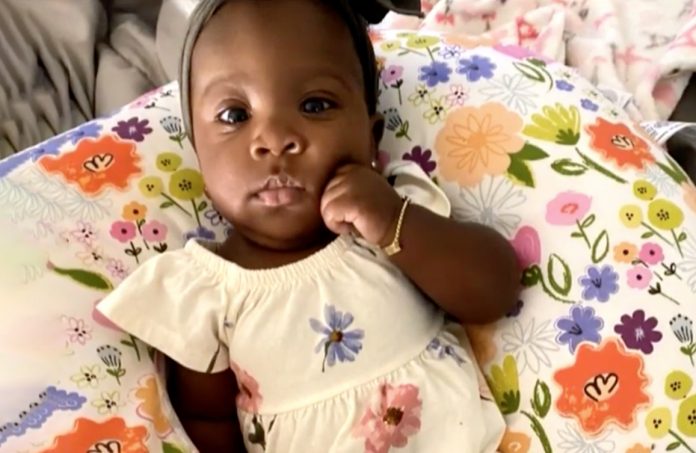 According to the statement, a grand jury recently declined to charge the owner of a state-licensed daycare where a 2-month-old girl reportedly drowned in August. And now, the family is asking for justice after the death of their infant on her first day of daycare. They say the 2-month-old baby girl was left unattended on a changing table and somehow rolled off, landing in a nearby mop bucket where she drowned.

This unfortunate incident occurred on Aug. 9, 2021. The infant’s mother, Martasha Robinson, left her 2-month-old daughter, Jersi McNight, at Hugger Family Daycare in Florida. The mother said that around 3:20 p.m., she got a call from the mother of another child there.

According to reports, the 2-month-old baby had allegedly been left unattended on a changing table and somehow rolled off, landing in a nearby mop bucket where she drowned.

“That alone, leaving her, is just negligence,” the mother said.

Unfortunately, despite the circumstances surrounding the infant’s death, a grand jury recently voted 10 to 8 against indicting the daycare’s owner, according to reports.

Despite the grand jury’s decision, police said their investigation remains active and they are reviewing new evidence in this case.

The infant’s parents said that they have hired an attorney to pursue a civil lawsuit against the daycare.