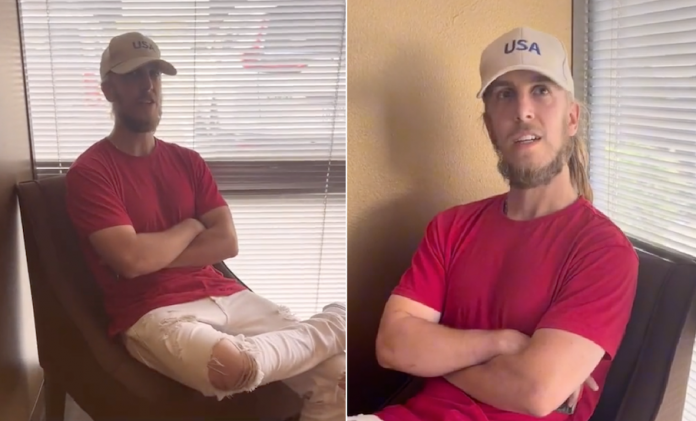 The Black business owner claims she was the victim of a racist rant in her place of business after a White man refused to leave the spa and told the owner that her race and class destroyed his life. The unidentified woman says she had to take matters into her own hands after being racially harassed by a white customer. “Racist person not wanting to leave my business after asking him to leave after I found him casing my place while I was with another client. I asked him to please have a seat and I would be with him shortly but he decided to do what he wanted to do. He started making fun and talking about race, class, religion, etc.” the woman said.

During an interview with the Daily Beast, the spa owner from Texas, who wished to stay anonymous, said she was being harassed by a strange man because of her race and class. The unidentified woman also said that the called the authorities, but later discovered that her request was still in the queue. Now, she says she feels like as a person of color, the system isn’t for her.

The incident, which was caught on video by the spa owner, occurred on Sunday. The white man, who was not identified, refused to leave the business when asked to depart. In the video, the unidentified man reportedly mocked Jehovah’s Witnesses and told the business owner that “her race and class ruined his and his family’s lives. The more she asked him to leave, the more he laughed and made her and others around feel uncomfortable.

In the video, the unidentified spa owner also explained how the white man came into her business well in advance of his appointment and started roaming around, looking into rooms and making her employees and other customers feel uncomfortable. The spa owner told the man that he is trespassing and he needs to leave, ABS reports.

She reportedly said: “You’re trespassing. I asked you to leave. I gave your refund. I want you to go.”

The video captures the unidentified man saying: “Your race and your class destroyed my family and my life. You ruined my life, my entire legacy of being a Christian. And now you are playing an energy chess game with someone that has nothing to do with your class. Maybe you could’ve asked me if I wanted to be a rapper or gangster in California.”

The woman shared on her social media account that the man left after 35 minutes. She also posted that the unidentified man works as a locksmith and reportedly has a history of doing this to other businesses.

The business owner contacted the FBI and is waiting for an agent to call her. On May 31, the local police department reportedly told her that her complaint is still in the queue.

The unidentified spa owner reportedly told the Daily Beast, “Because I’m a person of color, the system isn’t for me. It’s for others. It’s so easy for people to say, ‘I would shoot him, I would do this.’ Yeah, and if I shoot him, guess what? I’m going to court,” she said. “I don’t have that kind of time to waste. The best thing to do is record him, post it, share it. And that way, other people can see exactly what type of person this is and they can see if other people act this way as well.”