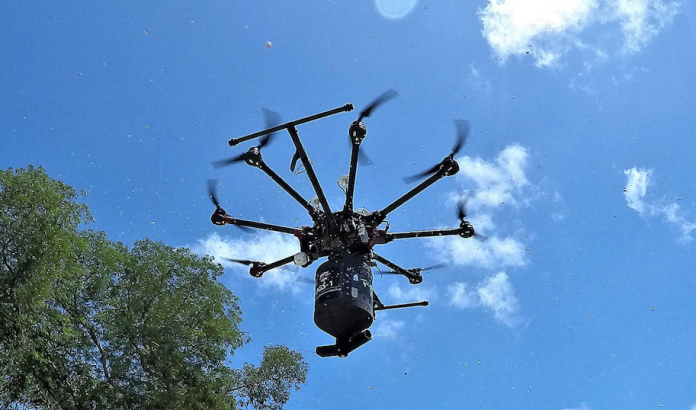 Caddo Parish, LA – According to the statement, the Animal Services and Mosquito Control continues to maintain public health and safety in the Parish as a critical priority.

Officials have announced that the Animal Services and Mosquito Control reportedly works to combat the mosquito population for over 900 square miles for the entire Parish of Caddo, utilizing eight mosquito trucks to respond across the entire Parish.

This year, the Animal Services and Mosquito Control  is introducing new, state of the art drone technology to assist in mosquito eradication efforts.

The drone will spray insecticide into hard-to-reach areas in Caddo Parish to kill mosquito larvae and keep the population under control before breeding season kicks into high gear in the summer months.

We are able to fly the drone over these areas and drop larvicide, hitting the mosquito larvae before they become adults.”