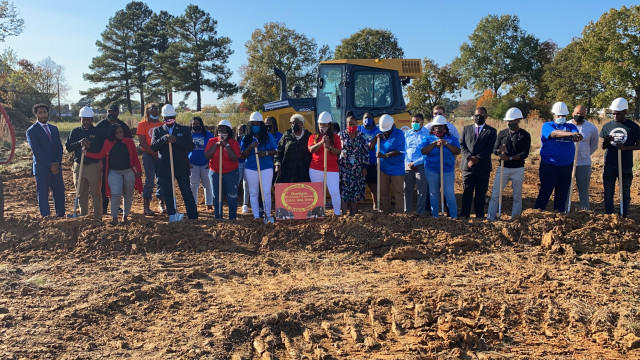 Durham Transports Express, LLC is coming to Shreveport and will be the new family-owned trucking company that is operated by an all African American female staff.

Latronia Durham, who is the CEO, said that teamwork is the only way to make the dream work.

“I’m over the top excited because some companies are shutting down right now and we are being blessed to be in the position to open up,” Latronia said.

Thursday afternoon more than a dozen supporters came out to the West Cedar Grove neighborhood, to celebrate and watch the Durham family make an impact in such a man-operated industry. The quarter of a million-dollar project came to life after months of praying and planning.

Latronia Durham said the journey was not always easy but it’s now rewarding being able to build and give back to those in the community.

“This was so hard for me from the beginning because of what I didn’t know. So we want to help people so it won’t be so hard or won’t be so discouraging to them,” Latronia said.

Durham’s sister Rokisha Durham works right alongside her, along with their mother and Latronia’s daughter, making the family business a dream as well as providing services to others in their neighborhood where they grew up.

“We want to be able to create opportunities for families for younger people who want to have a career in transportation. It’s a lot of money to be made and we’re trying to make it easier for them to get in,” Rokisha Durham said.

Brittney Dunn with the African American chamber of commerce made an appearance at the event and said the company is going to make a great impact.

“She’s providing jobs for CDL drivers and providing training for CDL drivers. It just gives people another opportunity and another door to grow and expand in their occupation,” Dunn shared.

“I want them to come along and be a part of our team, and we will show them that it will work,” Latronia said.

Phase one and two of the project will be complete within six months. The company is currently looking to hire more than a dozen employees now.