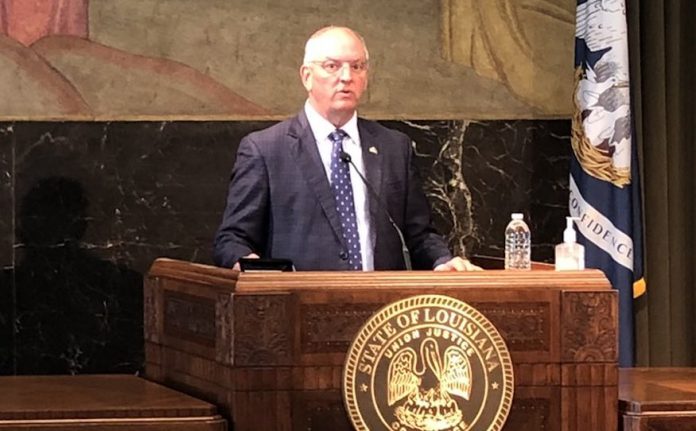 “It is disappointing that after every opportunity to do the right thing and create a second majority African-American Congressional district as ordered by the U.S. Court for the Middle District, the Legislature has once again failed to do so. The current map passed by legislators violates Section 2 of the Voting Rights Act. That is why I vetoed it.

“According to the latest U.S. Census, Louisiana’s voting population is one-third Black, which means that our congressional map of six districts should contain at least two majority African-American districts so long as they can be drawn in a manner that satisfies the legal principles governing redistricting.

As properly found by the trial court, it is indeed possible. Sadly, the Legislature has now twice rejected just such a map. As you’ve heard me say before, this is a matter of simple math, basic fairness, and the rule of law.

“The irony of all ironies is that for the first time yesterday, Louisiana recognized Juneteenth as an official state holiday.

And today, on the actual holiday, which celebrates the day when enslaved Americans learned of their freedom, it is clear that our African-American brothers and sisters are still fighting for fair representation. Louisiana, we can and should do better than this.”