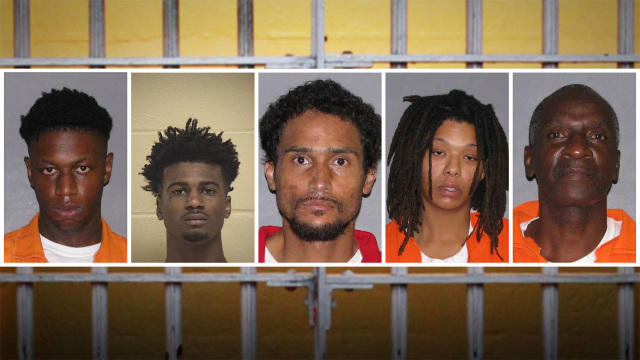 According to the Caddo Parish District Attorney’s Office, 31-year-old Victrick Frazier-Johnson is charged with two counts of first-degree rape.

Lonnie L. James, 58, of Bossier City, is charged in connection with the July 27-28 slaying of his wife, 44-year-old Antiqua Shereba Faulkner James. Mrs. James was shot several times in the head.

Tatianna Jenell Burns, 39, of Shreveport, is charged in connection with the June 5 slaying of Angel Nicole Wong. Wong, an 18-month-old who was under Burns’ foster care, suffered traumatic head injuries.

Quinterrius D. Brown, 19, is charged with Albert Z. Jones, 20, in connection with the August 26 slaying of 29-year-old Michael Rashard Coleman. Coleman was shot multiple times at an apartment in the 700 block of West 68th Street in Cedar Grove. He later died at Ochsner LSU Health hospital. Jones and Brown both are from Shreveport.

Brown’s separate charges of aggravated criminal property damage stem from damage to the apartment on August 26 damage which posed a mortal danger to the lives of two other people.

Due to the nature of the crimes for which he is charged, the indictment for Victrick Frazier-Johnson is under seal.