News WeekOcean Club Party
Home News “If I did, would I be wrong for doing that?”, Mother, who admitted... 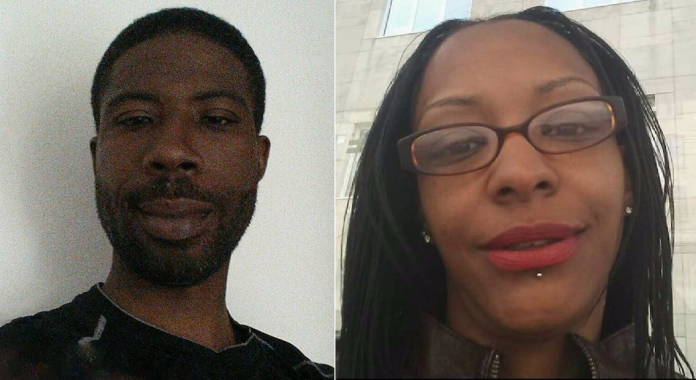 The 39-year-old mother, who suffocated her 2-month-old baby son while high on drugs and dumped his body in the trash, was stabbed to death by the infant’s father. When asked if he killed her, the child’s dad said: “If I did, would I be wrong for doing that?” according to the documents. Investigators believe the woman was high on a drug called angel dust (PCP) when she accidentally smothered her newborn son. She told investigators that she ‘accidentally rolled’ on top of her son while under the influence of angel dust.

The 39-year-old woman from D.C., LaDonia Boggs, was reportedly found unresponsive by the responding officers in the doorway of her apartment around 3:11 a.m. Wednesday. Boggs reportedly suffered a stab wound, the New York Post reports.

According to MPDC, Jones was taken into custody and charged with second degree murder while armed. No motive has been given, police officials said. Jones admitted to detectives that he and his girlfriend had occasionally smoked PCP.

When asked if he killed her, Jones said: “If I did, would I be wrong for doing that?” according to the documents.

The boy’s mother was arrested in late May on counts of felony murder and evidence tampering in connection with the presumed death of her infant son, WFLA reports.

Investigators believe the mother was high on a drug called angel dust (PCP) when she accidentally smothered her newborn son.

Boggs then dumped her son’s body in the trash. Unfortunately, the baby’s remains have never been found.

According to the court documents, the murder charge was later dropped, but Boggs was still awaiting trial for evidence tampering after the baby’s remains were unable to be found.

During an interview with investigators, Boggs reportedly said that she ‘accidentally rolled’ on top of her son while under the influence of angel dust.

Boggs reportedly told WRC-TV: “He was asleep on my chest and when I woke up, he wasn’t breathing anymore, because he was just that small. He was only 2 months old. He was a premature baby.

I came back in the house and got a blanket and his car seat and wrapped it up and took it outside and just threw it in the trash. And that’s what happened.”

The 39-year-old woman told the baby’s biological father that the infant would be gone for a long time because DC Child and Family Services took custody of him, but the agency denied having the baby.

The next day, the child’s father called the agency to inquire. A social worker told reportedly him that the baby had not been removed from Boggs’s care. The social worker then contacted city authorities, including D.C. police, about the missing child and Boggs’s PCP use.

After being confronted about her account, Boggs told authorities that she had given the baby to her godmother. But, after authorities were unable to find the godmother, she told investigators she was sleeping in the same bed with her son and rolled over him while she was asleep after smoking PCP earlier in the day.

The mother reportedly said that her son died while sleeping between her and a wall. She reportedly woke up to find the newborn unresponsive beneath her stomach.

In a follow-up interview, Boggs reportedly admitted that she panicked and threw her son’s body in the trash while high on PCP and hallucinating.

According to WP, officers accompanied by cadaver dogs scoured a landfill in Virginia last week, but the missing boy was not located.

Boggs was awaiting trial when she was murdered. She was released without bond to DC’s Pretrial Services Agency following her arraignment on Saturday. She was due back in court on November 19.