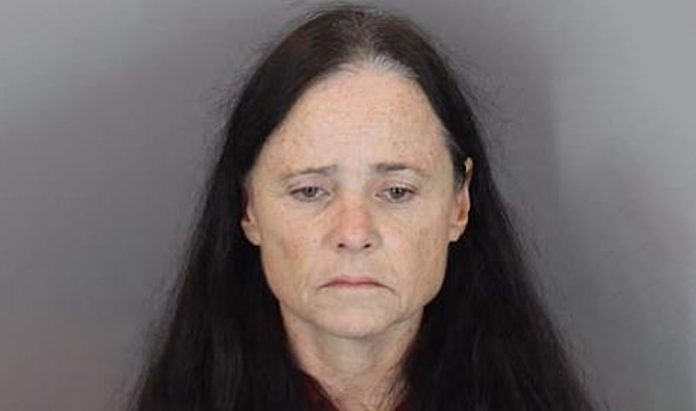 The 59-year-old teacher reportedly posted hoax notes under the doors of three classrooms in her own school warning that it would be bombed by a terrorist. Authorities said the art teacher wrote at least three notes with threatening language last week. The three hand-written notes by the art teacher were found under the doors of a classroom, the library and the media center, authorities said.

The 59-year-old woman from Michigan, Johnna Rhone, reportedly wrote at least three notes with threatening language last week at Jefferson Middle School. She was arrested and charged on Monday.

Read one of the notes: “Start break early. He’s gonna do it. Just don’t be in the hall after lunch. Boom! Get it?”

According to the police officials, the three hand-written notes by the art teacher were found under the doors of a classroom, the library and the media center. Surveillance cameras at the school showed the art teacher placing the notes, according to reports.

The 59-year-old teacher is now charged with making a false threat of terrorism, a felony that could result in the teacher serving twenty years jail, if found guilty.

Authorities said that the teacher is the first adult and teacher to have been accused of issuing such a threat, according to reports.

But, the defendant’s attorney denied the allegations. Rhone is a creative arts teacher that has taught at the school for 21 years.

“I only read things like this and it has one plain straightforward meaning. I wouldn’t want to be around the school nor would I want my own child or children to be around that school.

And I don’t think any parent would want their kid around the school when somebody is making a threat of that nature. We are all on high alert. These are unprecedented times with unprecedented things that are happening.” County Prosecutor Pete Lucido said.

“Somebody either cried out for help. Somebody who’s maybe desperate. Somebody wants a day off. But I don’t have a crystal ball to give you an exact answer as to why some adult who’s in supervision and control of our children in the classroom would even think about doing something like this.” Lucido continued.

“This alleged behavior is unacceptable and disappointing. Our school is committed to providing a quality education for the students and families of our community.”

The 59-year-old teacher was placed on administrative leave, with police saying the teacher failed to cooperate with them or comment on her case.

Classes were not canceled following Rhone’s arrest. Police searched the teacher’s home and said there were no guns or weapons to be found, according to reports.

The charge of false report or threat of terrorism is a 20-year felony. If convicted, the 59-year-old teacher faces a fine of up to $20,000.