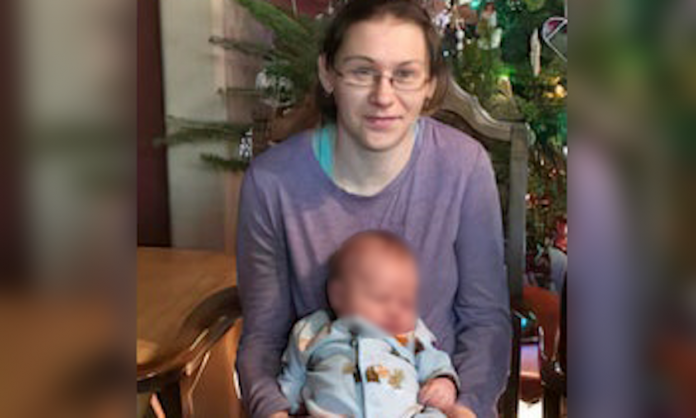 A Wisconsin mother has died after being viciously attacked by a family pit bull while protecting her 4-year-old son. Her family believe the attack on her began when she tried to intervene to stop the pit bull biting her son. The victim’s boyfriend told police that, upon returning home, he pulled the dog off his girlfriend, dragged it out to the yard and shot it.

According to reports, the 35-year-old mother from Wisconsin, Heather Pingel, was attacked on December 8 as she tried to defend her young boy, Damion.

Her sister, Shannon Pingel, said the boy’s father, Shane Bernarde, “got home to find her lying on the bathroom floor. She said, ‘I have no arms, and I’m dying’.”

Bernarde, who was also bitten in the ordeal, came upon his girlfriend while the dog was still in the process of attacking her.

4-year-old Damion, meanwhile, was found sitting in a chair in the dining room with blood pouring from his legs, according to reports.

According to her family, Heather had been in critical condition at the hospital for a week before she was pronounced dead on last Thursday, December 16.

In that time, both of her arms had to be amputated and she suffered from kidney failure.

Damion was also hospitalized, but later released after receiving 70 stitches.

Heather’s family believe the attack on her began when she tried to intervene to stop the pit bull biting her son, according to reports.

Bernarde told police that, upon returning home, he pulled the dog off Heather, dragged it out to the yard and shot it.

“My sister has the biggest heart for animals and just couldn’t get rid of it. … Her heart was too big, and they thought they could fix him,” Shannon said.

The family has a GoFundMe Page set up to assist with medical bills, funeral costs and raising Heather’s two children.