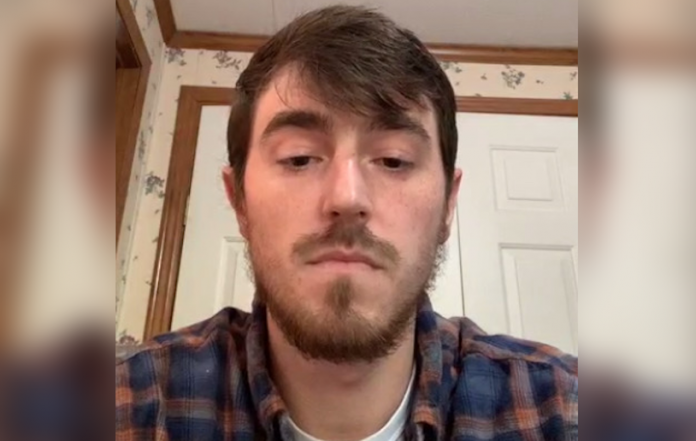 A recent court ruling has left the public infuriated after a man accused of murdering his infant child was given permission to visit his relatives, including children, this holiday season. This comes months after the man pleaded not guilty to charges of murder and manslaughter after his 2-month-old daughter died back in September. An autopsy later revealed that the child had died after suffering a fractured skull and severe brain injuries that were believed to have been caused due to shaken baby syndrome.

A spokeswoman for the clerk’s office said that the 28-year-old man from Maine, Trevor Averill, was granted a bail modification request this week by a Superior Court judge.

This comes months after the man pleaded not guilty to charges of murder and manslaughter after his daughter, Harper Averill, died back in September. The baby was 2-month-old at the time of her death. Initially, he was granted bail with the condition that he does not come in contact with any children.

However, these terms were reversed last week, on Monday, when Justice Stewart gave his go-ahead to a motion filed by Averill’s attorneys, who were seeking to amend the conditions of his release on $25,000 bail. Despite being objected to by Assistant Attorney General Lisa Bogue, the request was shockingly granted, per reports.

What’s more, a similar motion was filed back in November where Averill requested that he be permitted to spend Thanksgiving with his relatives, including minors. This request was granted as well. “Given the nature of the charges, the seriousness of the charges, we’re not in a position to be agreeable to the defendant having any contact with children,”  Bogue reportedly told the judge.

Averill was arrested after the Sheriff’s Office was called to his home where Averill was living with his child’s mother. The report, on July 22, 2020, also included details of an infant in distress. Paramedics who arrived at the scene did their best to revive the unresponsive infant. When nothing worked, baby Harper was airlifted to the Maine Medical Center.

Doctors pronounced her dead on arrival and an autopsy later revealed that the child had died after “suffering a fractured skull and severe brain injuries that were believed to have been caused due to shaken baby syndrome.”

Medical examiners also found that the infant’s body was still healing from a weeks-old rib fracture at the time of her passing. Even with all the terrifying details brought to light, Averill was allowed to visit his relatives for Christmas from noon to 3 p.m., which is an hour longer than the time he was allotted during Thanksgiving.

According to reports, for his upcoming visit, Averill will get the opportunity to come in contact with three children. That being said, this contact is required to be supervised at all times by the parents of the kids. Justifying his decision Stewart said, “I think we’ve carved out some safeguards that can allow for this to happen safely.” He also noted that Averill’s previous Thanksgiving visit was rather uneventful.