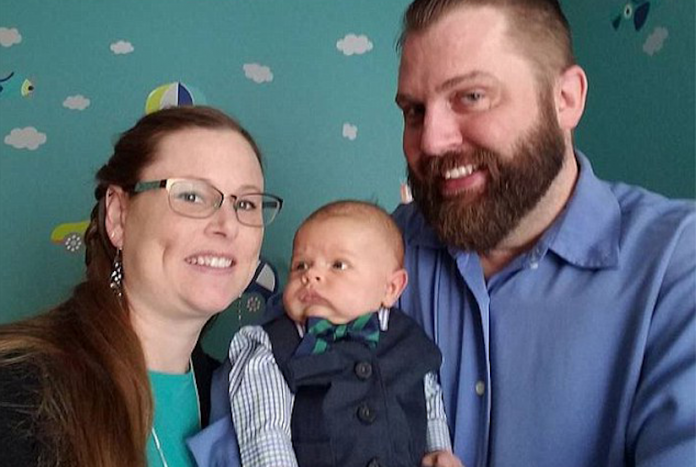 According to the court documents, the 40-year-old defendant was sentenced to life in prison without parole after being found guilty for brutally killing his wife and 3-month-old son. The 40-year-old husband and father was sentenced on Thursday, Nov. 4. He killed his 36-year-old wife and 3-month-old son and then called 911 to blame a nonexistent burglar. Prosecutors say the defendant completely fabricated the burglary claim and staged the murder scene at the family’s home.

This unfortunate incident occurred 10 days before Christmas in 2016. The 40-year-old defendant from Texas, Craig Vandewege, slit the throats of his 36-year-old wife, Shanna Riddle Vandewege, and their 3-month-old son, Diederik. He then called police to blame a nonexistent burglar, according to NBC-DFW.

District Attorney Callaghan said: “This was never a burglary. Why would a burglar ever kill an infant? It’s absurd. It doesn’t add up, no matter which way you look at it.”

The 40-year-old man called police around 9:45 p.m. on Dec. 15, 2016 and claimed that he found his wife and son dead at their home. The responding officers said both victims had their throats slashed and were pronounced dead at the scene and the family home in Texas appeared staged to simulate a burglary, according to WFAA.

According to the court documents, Costco coworkers testified at trial about disparaging remarks that he made about his wife. Witnesses said that the 40-year-old man talked about how he would get time off of work if his wife and kid were dead.

Prosecutors say there was a potential financial motive to the killings. The ’40-year-old defendant stood to gain $700,000 in life insurance money upon their deaths.’ This story will be updated as new information become available.