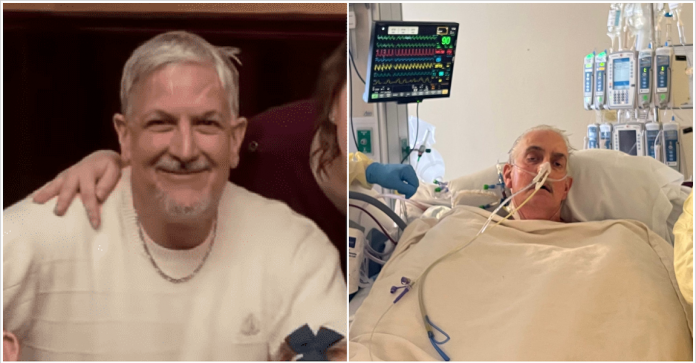 A few months ago, things weren’t looking too great for the 57-year-old man. He had been diagnosed with terminal heart disease and deemed ineligible for a conventional heart transplant due to the severity of his condition.

After being hospitalized and bed-ridden for months doctors at the University of Maryland Medicine were granted an emergency authorization by the Food and Drug Administration to attempt a pig heart transplantation on the 57-year-old man, David Bennett.

The first of its kind genetically-modified pig heart transplant was a risky operation and Bennett saw it as his last and only option. “It was either die or do this transplant. I want to live. I know it’s a shot in the dark, but it’s my last choice,” said the 57-year-old a day before the surgery according to reports.

“I look forward to getting out of bed after I recover,” said Bennett whose wish did come true. He was extremely sick before the transplant and had to be placed on an extracorporeal membrane oxygenation (ECMO) machine, which pumps and oxygenates blood outside the body.

Dr. Griffith surgically transplaced the pig heart into the patient after studying and perfecting the technique for the past five years with a team of researchers. Now pig hearts are similar in size to human hearts however but its anatomy is similar to it but not identical. But there’s always a risk of rejection in transplants and in Bennett’s case the organ is from a whole different species, according to reports.

So far, the patient’s body has not rejected the pig heart but there’s a risk of triggering a dangerous immune response due to the transplanted animal organ into a human. But Dr. Muhammad Mohiuddin a fellow professor who oversaw the procedure and Griffith are closely monitoring Bennett’s condition.

“The pig heart will be attacked by different soldiers in our body, different immune players can take it out and we have designed a treatment plan, in addition to the humanized, genetically-edited heart, to try to account for that,” explained Mohiuddin.

“It is a game-changer. We have modified 10 genes in this in this pig heart. Four genes were knocked out, three of them responsible for producing antibodies that causes rejection,” he noted. As for Bennett’s son, David, he says that transplant had given his father a “level of hope.”

“Hope that he could go home and hope that he could have the quality of life that he’s so much desired,” he added. “He’s in a much better place and a much happier place right now following this transplant procedure. He is happy with where he is at. Happy with the potential to get out of the hospital.”