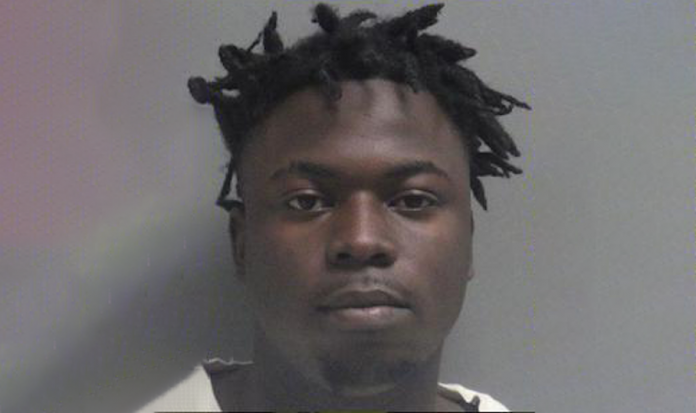 Monroe, LA – According to the Monroe Police Department, his name is Ricky Lee Rogers Jr. and he was taken into custody on Monday.

The 20-year-old suspect is now charged with violation of protective order and illegal possession of stolen firearms.

The responding officers made contact with the 20-year-old man in the parking lot of the Ouachita Parish Courthouse.

The officers searched the suspect’s vehicle and reportedly found a stolen Springfield XDS 9mm handgun under the driver’s seat.

The 20-year-old man reportedly admitted that the handgun belonged to him.

Monroe Police Department officials said that Rogers was a person of interest in a homicide case that occurred a week before.