News WeekOcean Club Party
Home Covid-19 Father that ‘never gets sick’ said he regretted not getting vaccinated against COVID... 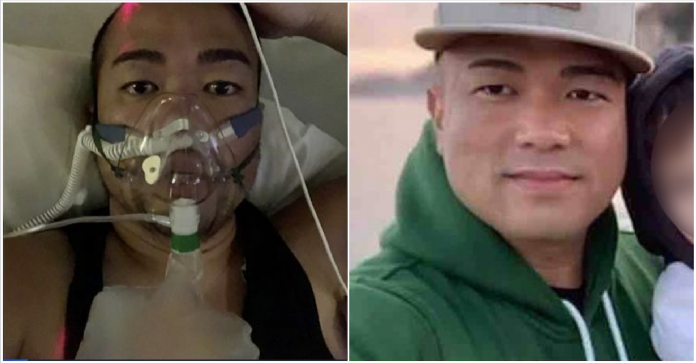 The 40-year-old father reportedly said he regretted not getting vaccinated against COVID-19 in a series of messages before he died with the virus. The man tested positive for Coronavirus at Christmas and was rushed to hospital with pneumonia in both lungs shortly after. “I can’t breathe again. I really regret not getting my vaccine.” he reportedly said:

The 40-year-old dad from California, Christian Cabrera, reportedly said that he would get the COVID vaccine in a heartbeat after catching the virus.

Cabrera tested positive for Coronavirus at Christmas and was rushed to hospital with pneumonia in both lungs shortly after.

While he was fighting for his life in the emergency room, the 40-year-old dad reportedly texted his brother and said: “I can’t breathe again. I really regret not getting my vaccine.” according to reports.

The 40-year-old father also said: “If I can do it all over again, I would do it in a heartbeat to save my life. I’m fighting for my life here and I wish I gotten vaccinated.”

In an Instagram post, Cabrera reportedly said how he was suffering from the worst pain he ever had in his life.

Unfortunately, his family announced that Cabrera died on January 22 in a GoFundMe post to raise money for his 3-year-old son Noel.

Christian’s brother, Jino, reportedly said: “We are very sad to announce that our beloved brother Christian Cabrera has lost his battle with Covid pneumonia and passed away tonight.

We’re completely heartbroken. He touched so many people’s lives because he was a very loving, kind, generous, caring person with a beautiful heart and soul.”

Jino also said: “He kept saying ‘please take care of my son.’ He knew he might not make it, that he might die in there.”

After two weeks in intensive care, the 40-year-old dad was put onto a ventilator and he died shortly after.

Jino reportedly said that his 40-year-old brother wasn’t vaccinated because he was “the type that says ’I never get sick’” and he wasn’t sure about the science.

His family said that he was a very dedicated father who loved his family so much and had such a big personality that always brightened up anyone’s day.

According to the health officials, COVID-19 cases have begun to fall following the Omicron peak but infections remain high.