News WeekOcean Club Party
Home Louisiana One man was taken to the hospital after he rear ended an... 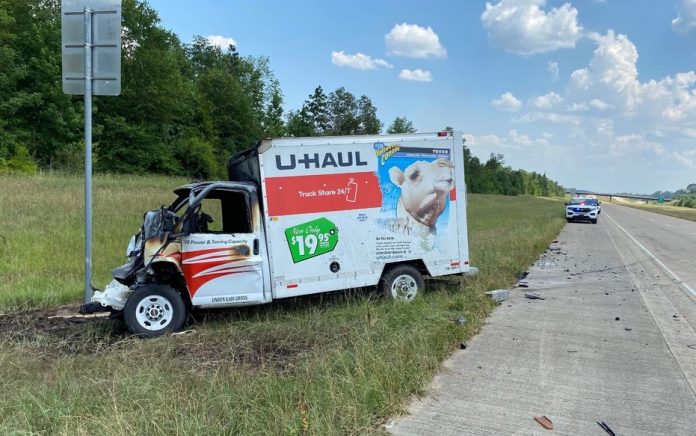 Caddo Parish, LA – According to the CPSO officials, the crash occurred right after 2 p.m. Wednesday afternoon.

It happened on Interstate 49.

The responding deputies discovered that the driver of a U-Haul traveling northbound on I49 crashed into the back of an 18-wheeler.

The U-Haul burst into flames, but the driver was able to get out in time.

Caddo Parish Sheriff’s deputies along with Caddo Fire District 1 responded to the scene.

The unidentified driver of the U-Haul suffered injuries and was taken to a hospital for treatment.

I49N was closed immediately after the crash but was later reopened.

The cause of the crash remains under investigation.