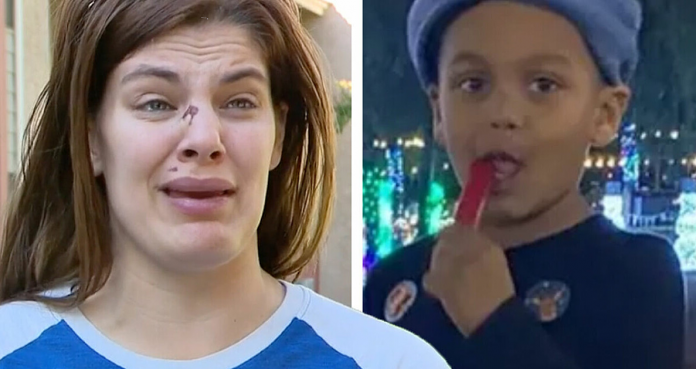 There’s no greater pain for a parent than losing their children, everyone knows that. Unfortunately, an Arizona mom was hit with such a tragedy after she got into a car accident. The mother, who is currently pregnant, was driving her children aged 13 and 6 to a clinic for an appointment with their doctor on December 2, according to reports. “There is so much I could say about him. He was a sweet, sweet baby. Always cared about everybody else and I know he was only six, but he always showed a lot of emotion to other kids…and he always told me he loved me all the time.” the mother reportedly said.

As she reached the intersection of Baseline Road and Val Vista Drive, a car crashed into her vehicle at around 2:30 p.m. According to reports, her youngest of four sons, 6-year-old son Eduardo, tragically lost his life in the devastating accident. The boy was rushed to the hospital in critical condition but sadly passed away shortly after arriving. Eduardo was pronounced dead just as police were at the scene investigating the crash.

The mother, Jenna Foglesong, and her 13-year-old son did sustain some injuries but thankfully they aren’t life-threatening. Although their lives were spared, the mother has been unable to come to terms with the death of his youngest boy.

“We’re not doing okay. We’re sad,” the devastated mother said. “There is so much I could say about him. He was a sweet, sweet baby. Always cared about everybody else and I know he was only six, but he always showed a lot of emotion to other kids…and he always told me he loved me all the time.”

Although the mother knows that the deadly crash wasn’t her fault, she cannot help but feel guilty about her son’s death. “I’m a mess, that was my baby, baby. So obviously there’s a lot of guilt because as parents, we beat ourselves up for everything, you know what I mean? For little things that we do. During the day I’m trying to stay away from that route because then it makes me think about other days,” expressed a distraught Foglesong.

A woman who was working around the area at the time of the crash revealed how she “ran over” right after hearing about what had happened.

A GoFundMe Page has been created to help the family raise money for Eduardo’s funeral. “Eduardo was 6 years old when he was involved in a car accident in Arizona. No family is ever prepared for this and it’s difficult to even write this. His mom, Jenna, and Eduardo’s siblings, need our support more now then ever before. Any donation is appreciated, even a share. I’ll update things when I’m able. This is very difficult time. Thank you,” read the fundraising page.