News WeekOcean Club Party
Home News “She needs to get help, it’s not like she hates Jews”, Woman charged with... 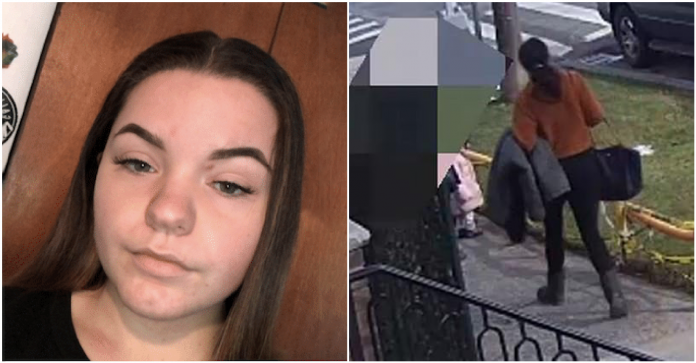 According to reports, the 21-year-old student is now charged with a hate crime after allegedly hurling anti-Semitic slurs at three Jewish children and spat on one of them. The woman is seen storming up to an 8-year-old boy playing with two of his younger siblings (7-year-old and 2-year-old) and launching into an anti-Semitic tirade before spitting on him.

The 21-year-old woman from New York, Christina Marie Darling, was arrested on Friday and charged with aggravated harassment as a hate crime, endangering the welfare of a child and menacing, the NYPD Hate Crimes said.

This incident occurred along a Brooklyn street last week.

According to the police officials, surveillance video reportedly captured the incident that occurred on a street lined with private homes.

In the alleged video, the 21-year-old psychology student is seen storming up to an 8-year-old boy playing with two of his younger siblings (7-year-old and 2-year-old) and launching into an anti-Semitic tirade before spitting on him.

The 21-year-old woman reportedly said: “Hitler should have killed you all. I’ll kill you and know where you live.”

Investigators said it remains unclear what incited this incident.

‘This woman passed by them, yelled at them. Something along the lines of Hitler should have killed you all. And she came running back. Spat in his face. And told him we will kill you all. I know where you live. And we’ll make sure to get you all next time.

I would hope that she understands the severity of what she did. To do it to anybody is obviously problematic, but for an adult to do it to a child is just beyond crazy.”

The suspect’s mother reportedly said that her daughter has mental problems.

Michelle Darling reportedly said: “She needs to get help, it’s not like she hates Jews.”

But, the suspect’s ex-boyfriend, Shayne Yorrick, claims that Christina Darling has issues with Hasidic Jews.

Yorrick reportedly said: “I know she had a thing against Hasidic Jews, but I never knew it was this severe. She would bad-mouth and talk down on them. She said they were annoying, that they don’t deserve to be around and should all go back to Israel – things along those lines.”

Ladies and gentlemen, a petition on Change.org identified Darling as a St. Francis College student, where she is listed as studying psychology as well as education and English. The petition is calling for her expulsion.

‘I urge President Miguel Martinez-Saenz to stand by his promises and denounce this horrifying act of racism, bigotry, and harassment against the Jewish people. If appropriate disciplinary action isn’t taken, an egregious precedent will be set.”

The NYPD’s Hate Crimes Task Force is investigating the incident. This is a developing story and it will be updated as new information become available.