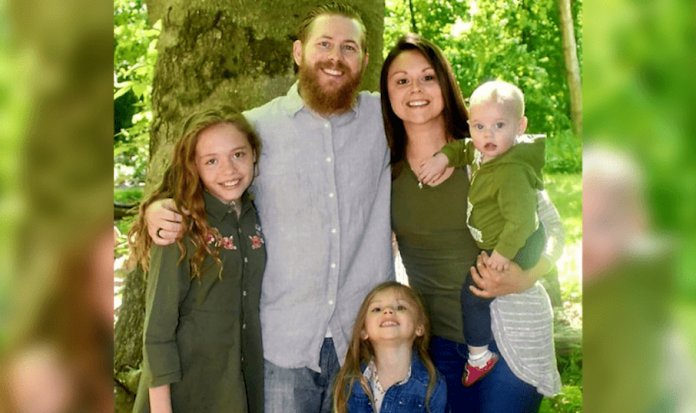 In a heartbreaking turn of events, two young girls in Indiana lost their lives after a fire broke out at their family home. The devastating incident unfolded on Friday and officers arrived at the scene a little before 2:30 a.m.

Per a statement from the Sheriff’s Office, a deputy entered the smoke-engulfed home after learning that “two children were trapped inside.” Unfortunately, he was unable to locate either one of them.

The girls’ parents, Brandon and Telia Heid, managed to escape the burning home with their youngest daughter, according to reports. They did attempt to re-enter the house to save their daughters “but they were unsuccessful,” noted Fire Chief Aron Fife. As officers struggled to tame the blaze, the home quickly became “fully engulfed” in fire. “Firefighters from the Fire Department quickly began working the fire and attempting to gain entry into the home,” added the statement from the Sheriff’s Office.

“The home became fully engulfed and required the response of mutual aid from surrounding agencies,” it continued. Finally, when first responders were able to enter the property, they found the bodies of a 12-year-old and a 5-year-old girl, who have since been identified as Shea and Amelia Heid. The young children tragically passed away due to accidental smoke inhalation based on the coroner’s autopsy report.

“This is one of those incidents as a parent and a first responder, you dread. We are all praying for the family and offering our support to all responders involved,” shared Sheriff Rich Kelly of the tragedy in a statement. Jesse Knoth-Harrington, a family member who lives next door recalled the horrifying moment. “I screamed and woke everyone up,” said Knoth-Harrington, the girls’ uncle.

“I just can’t believe that this happened to them — they were so loving and so sweet. They didn’t deserve this. Everybody is going to need time to heal and everybody will need to rebuild but those lives will never be replaced,” he noted. A GoFundMe Page has since been set up to help the family get back on their feet as they cope with the heartbreaking loss of their children.

“They have lost everything including their two children and two family pets…The pain that Brandon and Telia must be enduring is unimaginable. We at Pride are raising money for this family, although we do not know them personally, Telia’s is the sister to our Treasurer Jesse Knoth-Harrington. We would like to help with the burden of funeral costs and anything else they may need,” wrote Ashley Smith, who created the fundraiser on behalf of Pride Lafayette, Inc.

“If you have ever met Jesse, you know he would drop everything to help. He has done many fundraisers for other organizations in town including ours. Our hearts go out to Jesse and his family,” read the fundraising page which has since raised over $65,000.